Vagif Dargahli: " Its assumed that enemy casualties include civilians immigrated from Syria and the Middle East" 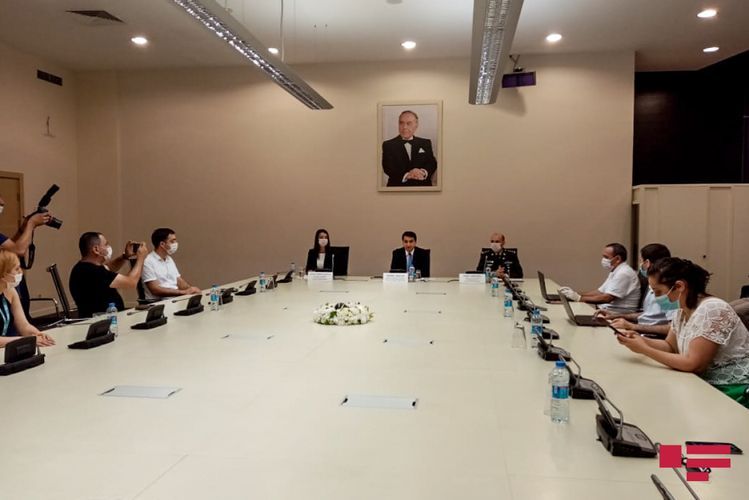 "On July 12, the enemy tried to seize our positions in the direction of Tovuz," head of press service of the Ministry of Defense Vagif Dargahli said at a press conference held today, APA reports.

Mr. Dargahli said that first there was an attempt to attack using light and then heavy weapons and artillery: “The command immediately ordered the enemy to respond. The task was given to prevent the activity of the enemy, and our units began to operate. Enemy positions on the front line stops, reserves, more than 100 troops were destroyed. Monitoring of the Armenian media and social networks shows that the enemy has lost hundreds. The Armenian side hides the losses. Probably, after a while, Armenia will regularly reveal its losses under different names."

The head of the press service of the Ministry of Defence noted that probably there are people of Armenian origin who migrated to Armenia from Syria and Middle East countries among the losses of the enemy: “Therefore the opportunity of Armenian military leadership to hide these losses increase. As a result of this provocation, there was no loss of territory. We completely reject the allegations sounded regarding the loss of territory.”

V. Dergahli brought into attention that the activity of the enemy side in the occupied territories and in the direction of Nakhchivan has been observed: “ On July 14, one automobile of Armenian Armed Forces was destroyed in the direction of Nakhchivan. In these battles, our units did not have a purpose to seize the enemy positions.  We do not have a military purposes on the Azerbaijan-Armenia border. Unfortunately, we had martyrs too, we extend condolences. We have injured ones too, and they are getting treatment in military medical institutions.”