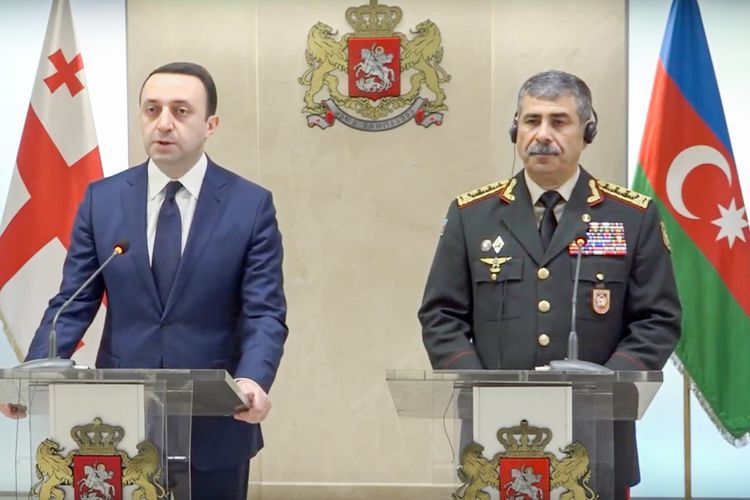 He said the people of the two countries were united by friendship and brotherhood traditions.

“Azerbaijan fully supports Georgia’s territorial integrity, and we witness similar support from the Georgian side at all international institutions. In bilateral context, the joint military training of our troops and other measures have been envisaged. I am sure that our military cooperation will develop successfully”, the Minister said.

I. Garibashvili in his turn said Azerbaijan was Georgia’s strategic partner.

He said the efficient and close cooperation existed between defense ministries of the two countries.

The Georgian minister noted that the signing of cooperation plan for 2020 would further strengthen the collaborative relations between the countries.