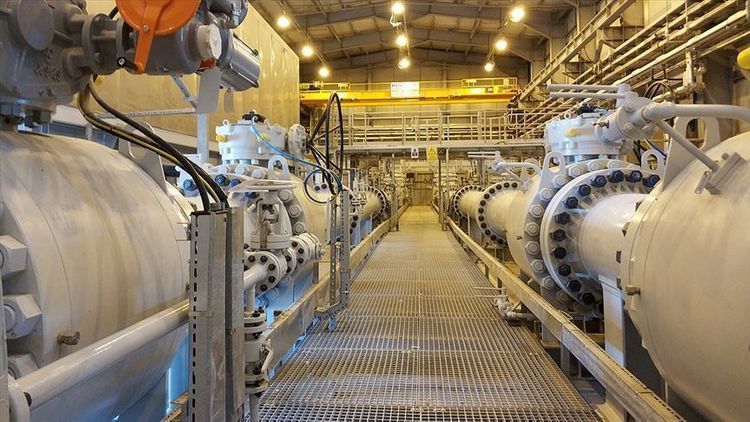 Over 5.47 bln. cubic meters of gas has been delivered to Turkey via Trans-Anatolian Gas Pipeline (TANAP) from commissioning until end of June of this year, Ministry of Energy told APA-Economics.

In January-May of this year, 1.6 bln c/m gas has been transported to Turkey through TANAP.

Note that the TANAP pipeline is a part of the Southern Gas Corridor (SGC). Currently, the Azerbaijani gas is transported to Turkey via this pipeline. Since this year, after commissioning of the Trans-Adriatic gas pipeline, the gas will start to be transported to Turkey-Greece border via TANAP in order to be supplied to Europe.

A part of TANAP being the most important section of SGC extending from Turkey-Georgia border to Eskisehir (Phase-0) that will transport initially to Turkey and later to Europe the Azerbaijani natural gas extracted in the framework of the project of the second phase of development of Shahdeniz field was commissioned at the international opening ceremony held on June 12, 2018, and the flow of the commercial gas to Turkey started on June 30. And in the second part of the pipeline extending from Eskisehir to Turkey-Greece border (Ipsala), the mechanical completion works were completed in the end of 2018, and the gas was filled in the pipeline for the testing purpose in April 2019. It is remarkable that the solemn commissioning ceremony of the second part of TANAP extending to Turkey-EU border (Phase-1) was held in November 2019.