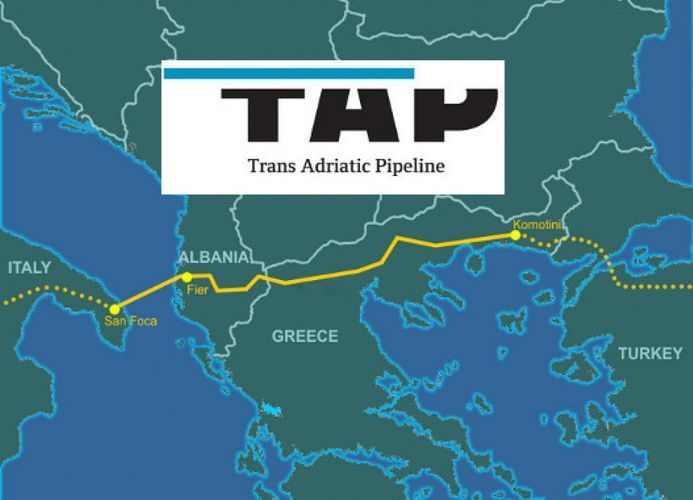 Some 99% of soil cover have been rehabilitated along the route of the Trans-Adriatic Gas Pipeline (TAP) in the framework of construction of the pipeline which is intended to be used for transportation of Azerbaijani gas to Europe, TAP consortium told "APA-Economics".

The soil cover rehabilitation works have been implemented on the territories of Greece, Albania and Italy.

Note that at the initial phase, it has been envisaged to transport to Europe annually by means of TAP pipeline being a part of the Southern Gas Corridor project 10 bln. cubic meters of the natural gas extracted in the framework of Shahdeniz-2 project. This pipeline will pass through Greece, Albania and Adriatic Sea and will extend to the Southern part of Italy. Some 90,5% of the works have been completed since the beginning of construction of TAP.

It has been envisaged to deliver Azerbaijani gas to Europe by 2020.