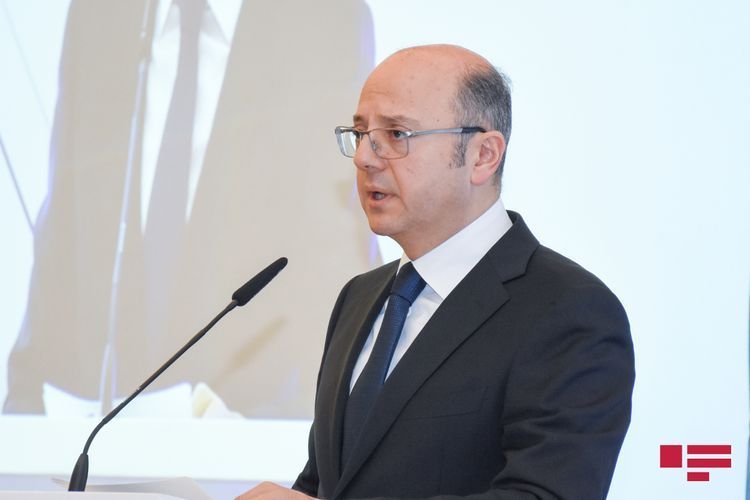 In I quarter of this year, the global daily oil demand is expected to reduce by 15-25 mln. barrels, and in 2020 – by 10.3 mln. barrels, said Azerbaijan’s Energy minister Parviz Shahbazov, "APA-Economics" reports citing the Ministry of Energy.

“In such a situation, the fulfillment of the obligations by "OPEC+" countries including Azerbaijan will provide initial support to oil market. The results of the solidarity demonstrated at the national and global levels for stabilization of oil market will gradually find its reflection in the oil price”, P. Shahbazov noted.

The minister also added that another purpose of these measures regarding reduction of production in Azerbaijan is to achieve increase of revenues of SOCAR and other oil producers functioning in our country, and consequently the revenues of the state.

Remind that in April of this year, at the ministerial meeting of OPEC and non-OPEC countries, the unanimous approval was provided for the decision to reduce daily oil production in "OPEC+" countries by 9.7 mln. barrels beginning from May 1, by 7.7 mln. barrels – from June 1 until the end of the year, and by 5.8 mln. barrels - from January, 2021 until April, 2022.

Note that beginning from today, Azerbaijan has also started to fulfill its obligation regarding the oil production.

The report says according to the new "Cooperation Declaration" the output reduction quotas have been proportionally distributed between output volumes of SOCAR’s oil and gas extracting enterprises and the oil producers functioning in our country based on production share distribution agreements and other similar contracts. Taking into consideration that in October of 2018, the daily oil output at ACG fields made up 567 thousand barrels, by "Azneft" PU - 125 thousand barrels, and by Joint Ventures and Operation Companies - 26 thousand barrels, it is envisaged to reduce production from these levels by 23% during May-June of the current year, by 18% - during July-December, 2020, and by 14% - during the period between January, 2021 and April, 2022. At the same time, it should be noted that these figures have been approximated, the ton/barrel conversion coefficients of the oils extracted from various production wells are different, and the reduction of the condensate volumes is not included in the obligations.