Azerbaijan transported about 2 mln. tonnes of oil to Ukraine in last 3 years 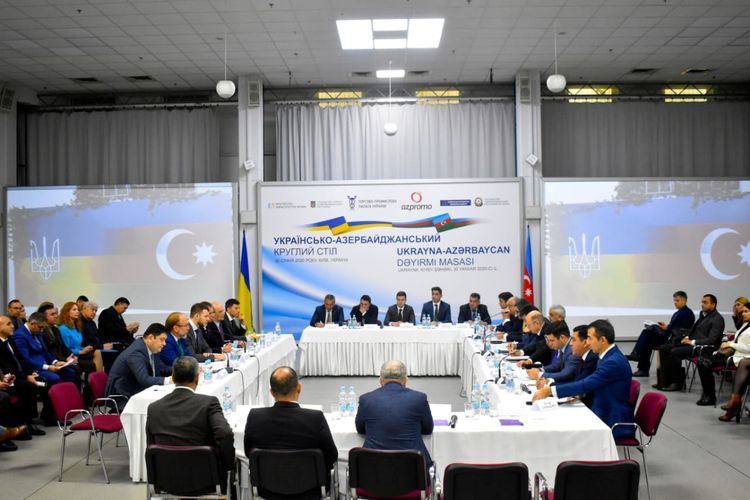 A Ukraine-Azerbaijan roundtable and next meeting of the “Azerbaijani-Ukrainian Working Group on cooperation in energy field” have been held, the Ministry of Energy told APA.

While his speech at roundtable, Minister of Energy, co-chair of the Commission Parviz Shahbazov stated that visit of Ukrainian President Volodymyr Zelensky to Azerbaijan in December of last year and business forum, held with participation of about 200 companies have paved the way for development of economic relations and participation of the companies in mutual investment projects.

“Current condition of political relations between Azerbaijan and Ukraine, based on friendship, lays foundation for successful development of economic relations too. Ukraine has invested in Azerbaijani economy USD 25.4 mln., while Azerbaijan has invested in Ukrainian economy USD 1.1 bln. so far. Today’s meeting will contribute to the increase of these figures”, noted the Minister. It has been noted more than 1.9 mln tonnes of Azerbaijani oil was transported to Ukraine in the last 3 years.

Later, next meeting of “Azerbaijani-Ukrainian Working Group on cooperation in energy field” has been held with participation of Energy Ministers of both countries Parviz Shahbazov and Oleksiy Orzhel. Energy Minister Parviz Shahbazov shared his opinions on Azerbaijan’s modern role in provision of global energy security and new opportunities in relation with development of energy cooperation between Azerbaijan and Ukraine.

It has been stressed that signing “Memorandum of Understanding between Ministry of Energy of the Republic of Azerbaijan and Ministry of Energy and Environmental Protection of Ukraine” will positively effect future improvement of energy cooperation.

Protocol on the finals of the meeting has been signed and it has been decided next meeting of the Working Group will be held in Baku in 2021.