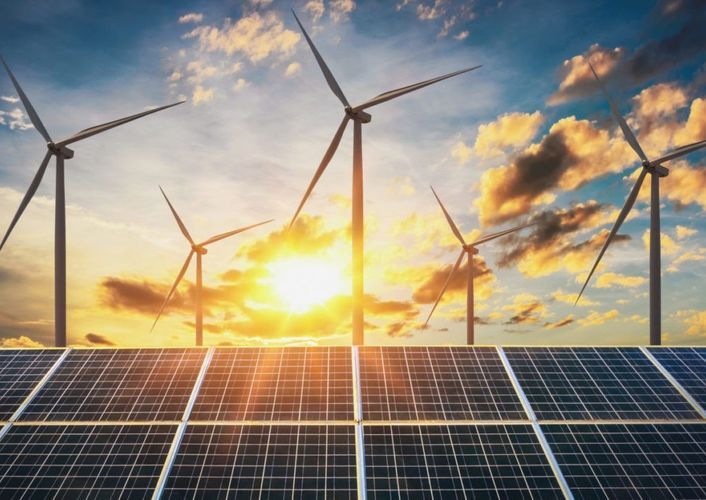 The southern plain part of Garabagh - Fuzuli, Jabrayil, Zangilan regions – is in the second place after the Nakhchivan Autonomous Republic for the quantity of the solar radiation falling on the Earth’s surface, Azerbaijan’s Energy Ministry told APA-Economics.

The report says the solar radiation falling here on horizontal surface of one square meter makes up 1,6-1,7 thousand kW-hour annually. The total solar energy potential of these territories is 3-4 thousand MW.

Based on the information, after complete liberation of our lands from the enemy occupation, the calculation of the precise potential will be carried out through installation of measuring and observation stations.

Note that in total the wind energy potential on mountainous territories of Garabagh is evaluated as 300-500 mega-Watts. After complete liberation of our lands from the enemy occupation, the calculation of the precise potential will be carried out through installation of measuring and observation stations.

Along with all these, the thermal water reserves amounting to 3 093 cubic meters/day exist on the territory of Kelbejer region, and to 412 cubic meters/day in Shusha. The feasibility of use of thermal water sources for energy generation purpose will be studied after complete liberation of relevant territories from the enemy occupation.

It is also worth of adding that the hard-coal deposits also exist in Garabagh region. Thus, 8,5 mln. tons of hard-coal reserve exists in Chardagli village of Terter region.