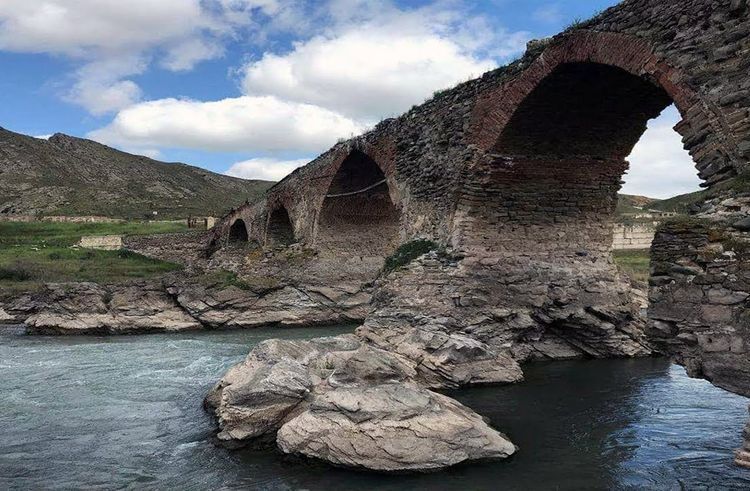 A process of connecting the energy systems of Azerbaijan, Iran, and Russia continue. Preparation of the technical and economic substantiation of the project has been started by a consultant company with consent of relevant energy companies of all of the three countries, said Minister of Energy Parviz Shahbazov, Ministry of Energy of Azerbaijan told APA-Economics.

He noted that at the same time the tasks arising from the cooperation contract between “the government of the Republic of Azerbaijan and the government of the Islamic Republic of Iran on the continuation of the construction of Khudaferin and “Giz Galasi” hydro junctions and hydropower plants on Araz river, their commission, using electricity and water reserves” are also being implemented. The minister stated that the construction of the dam of Khudaferin hydro junction has been almost completed, while the works in dams of the Giz Galasi hydro junction is nearing completion. Calculating of construction costs and calculation of damage over Khudaferin hydro junction, as well as the issues on purchase and installation of hydropower plants and equipment are being reviewed.

“These waterworks facilities of over 1,6 bln. cubic meters of water volume and these hydroelectric stations with a total input power of 280 MW create opportunities for joint use by both parties of the water and energy reserves of Araz river. These projects are very significant for our country from economic and strategic aspects. The realization of these projects will create to Azerbaijan the opportunity to generate 368 mln. kW-hour electricity annually, to improve irrigation of the existing 252 thousand hectares of land area and to irrigate new sowing areas of 8 thousand hectares. Taking as a basis Azerbaijan’s sovereignty, territorial integrity, the signing of the Agreement for these projects in 2016 was the expression of great confidence in taking back our occupied territories. In these days, the liberation of Jabrail city and a number of villages of the namesake region by our victorious Army also demonstrated once again the far-sighted policy of the President of Azerbaijan, his strategic visions regarding preliminary preparation for use of these waterworks facilities and hydroelectric stations during the restoration of those territories”.