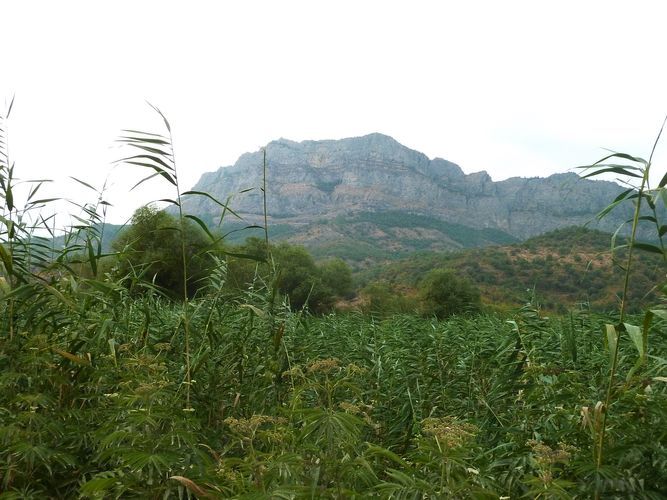 Zangilan region, which is part of the Kalbajar-Lachin economic region, has a favorable economic and geographical potential. Zangilan region borders with various countries on both sides. The western part of the region is mountainous while the eastern is flat. These features give the initial impression about Zangilan as a region rich in various resources. By the number of mineral deposits, the Kalbajar-Lachin region is geographically diverse. According to official estimates, economic regions, both liberated and still under the occupation of Armenia, have deposits of 155 types of various minerals, including gold, silver, copper, iron, zinc, granite, marble, precious stones, refractory clay and other useful fossils.

Thus, overviewing Armenia's foreign trade, it becomes clear that mineral resources occupy the dominant position in the country's exports. The territory of Armenia, which belongs to the ancient territories of Azerbaijan, also has mineral reserves. Having appropriated mineral resources located in Kalbajar and Zangilan regions, Armenia extracts and exports them under its own name to European countries and the Russian Federation. Undoubtedly, falsifying the origin of the exploited mineral resources and selling them to European countries, Armenia is committing an economic crime. So, according to the norms of European legislation, deliberate false representation of the country of origin is considered an economic crime, and if such cases are found, trade sanctions are introduced. Being aware of that, this country falsifies data on the origin of the goods, indicating Armenia as the place of origin. Most of the companies involved in the development of these deposits, including Sterlite Gold Ltd, Sirkap Armenian, Base Metals, Manex and Valex, and Armenian Copper Program are managed by the Armenian diaspora from abroad.

Geographical diversity of the Zangilan region is a clear example its tourism potential. Oriental plane, walnuts and other valuable trees that have no analogues in Europe grow in this zone. The plane tree forest, which is 500 years old and 12 kilometers long, is located in the Basitchay reserve. This reserve with area of 107 hectares was created in 1974 in the south-west of Azerbaijan in the Basitchay gorge, located in the occupied Zangilan region. The eastern plane tree growing in the reserve is listed in the Red Book. Unfortunately, the trees cut down by the Armenian occupiers and used for light industry and other commercial purposes have also become victims of economic crime. Thus, the natural resources exploited in the Zangilan region, which has favorable economic conditions for mining, construction and tourism, are an example of a fascist policy towards the natural resources of our country. Armenian criminals mined and exported to other countries natural resources, the exploitation of which was impossible for the last 27 years due to the occupation policy of Armenia. The Armenian society should know that the income received from the exploitation of resources located in the occupied territories has never been distributed among the mono-ethnic Armenian people. From a legal point of view, illegal accumulation, sale and enrichment by individuals who only serve their own interests is the subject of a crime.

The liberation of Zangilan from occupation under the leadership of the Supreme Commander-in-Chief, President Ilham Aliyev will further accelerate the economic development of our country. Given that the construction sector is a driver of the economy, the natural resources of the Zangilan region will play an important role in satisfying domestic demand. In addition, in recent years, the export of our mineral resources has taken a leading position in the non-oil sector. So, the average monthly export of a state-owned company that exports gold varies between 10-18 million US dollars. Having started the development of the Zangilan’s Vejnali deposit, which reserves are 6.5 tons of gold and 3,000 tons of industrial copper, our country will continue increasing the export of mineral resources.

Comments by Head of Department of

the Center for Analysis of Economic Reforms and Communication