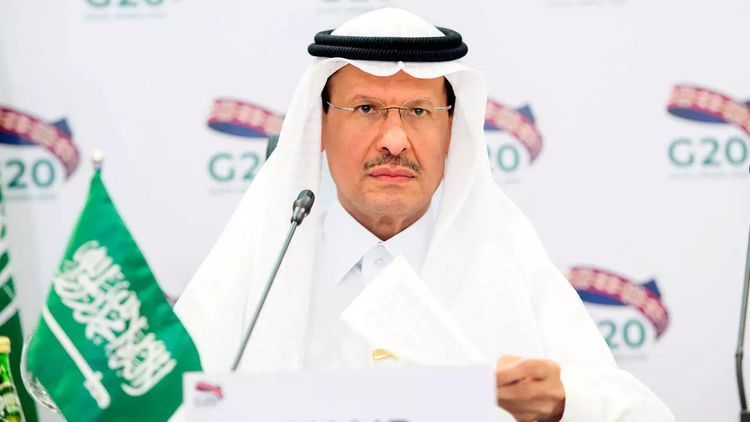 OPEC+ members that exceeded their crude production quotas in recent months are being given until the end of the year to compensate, rather than having to conform by the end of September, as de facto OPEC leader Saudi Arabia renewed its push for full compliance, APA reports citing Argus Media.

OPEC+ has agreed to go beyond "the idea of assertively trying to commit everybody to the compensation schemes... to say we'll never leave this market unattended," Saudi oil minister Prince Abdulaziz bin Salman said today.

The Joint Ministerial Monitoring Committee (JMMC) agreed to push back the deadline for the compensation mechanism at today's meeting. It made no recommendation to change existing quota levels.

But the OPEC+ group discussed holding an extraordinary OPEC+ meeting next month to discuss additional measures if the economic situation worsens, one delegate said. And Russian energy minister Alexander Novak told Russia 1 TV channel that global oil demand may "recover in full in the second quarter of 2021".

The committee said compliance with agreed cuts stood at 102pc in August, including Mexico, which is no longer formally participating in the cuts. OPEC+ reached 101pc conformity last month without Mexico, according to a final report seen by Argus from yesterday's OPEC+ Joint Technical Committee (JTC) meeting.

This excludes the additional compensation cuts required for those members that previously produced above their output ceilings. Before moving the compensation deadline, the OPEC+ group faced the inconceivable task of having to cut its collective output by more than 2.3 mn b/d below its target this month to meet its pledge that members will fully compensate by the end of September.

Prince Abdulaziz said members that exceeded their production quotas have assured the JMMC of their willingness to comply with the compensation measures if given more time.

Of the 2.375 mn b/d "overproduced" in May-August, 1.64mn b/d was from OPEC countries and 734,000 b/d was from non-Opec. The Joint Technical Committee (JTC), which studies market conditions, said yesterday that only six OPEC+ members — Algeria, Kuwait, Saudi Arabia, Bahrain, Malaysia and Oman — did not exceed their quotas in that period.

The UAE, a staunch ally of Saudi Arabia in OPEC policy, also surpassed its production ceiling last month. Energy minister Suhail al-Mazrouei put the undercompliance down to increased power demand, which has continued into this month. But he stressed that the UAE will do its best to reach 100pc conformity for September, before deepening its cuts in October and November to make up for its undercompliance to date.

Among OPEC countries, Iraq has the largest debts to clear, and said earlier this month that it would ask today's JMMC for an extension to its compensation deadline. This was after its oil minister Ihsan Ismael repeatedly pledged to comply fully with the compensation cuts in August and September. Ismael reiterated this commitment after today's JMMC, aiming to fulfil compensation requirements by the end of December.

"Using tactics to overproduce and hide non-compliance have been tried many times in the past, and always end in failure," Prince Abdulaziz said today. "Repeated promises that are not carried through in a timely fashion may have temporary positive impact, but if these are not delivered, they can come back to bite us all."

The next JTC and JMMC meetings are scheduled to take place on 15 October and 19 October, respectively.