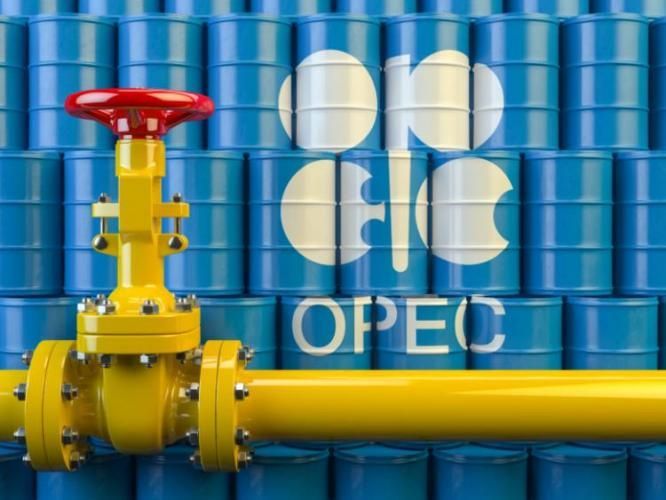 OPEC agreed on Thursday to cut output by an extra 1.5 million barrels per day (bpd) in the second quarter of 2020 to support prices amid an outbreak of coronavirus but made it conditional on Russia joining in, two OPEC sources said, APA-Economics reports citing Reuters.

Saudi Arabia had suggested OPEC and its allies, including Russia, cut up to 1.5 million barrels per day (bpd) for the second quarter of 2020 while keeping existing cuts of 2.1 million bpd, which expire this month, in place until the end of 2020.

But Riyadh, the biggest producer in the Organization of the Petroleum Exporting Countries, and other members of the group have yet to win Russian support for such a deal. So far, Moscow has indicated it would back an extension but not a deeper cut.

Moscow, which has co-operated on output policy since 2016 in an informal group known as OPEC+, has in the past shown reluctance during negotiations but has signed up at the last minute.

OPEC sources have signalled that preliminary talks with Russia this week in Vienna have been trickier than before.

Brent oil prices rose 0.6% towards $51.50 a barrel on news of the OPEC cut. This year’s slide in oil prices by about 20% has made it tough for OPEC states to balance their budgets, while Moscow has said it can cope with current prices.

If OPEC+ was to decide to remove an extra 1.5 million bpd from the market, it would bring the group’s overall output reduction to 3.6 million bpd or about 3.6% of global supplies.

Russia’s energy minister returned to Moscow for consultations on Wednesday but will be back in Vienna on Friday for the broader OPEC+ meeting. Novak made no public statements during his trip this week to Vienna.

“Our expectation is that OPEC+ will deliver a credible and coherent strategy that will take more barrels that what’s priced into the market off the table,” said Ehsan Khoman from Mitsubishi UFG, adding that stimulus by governments and central banks around the world would help reassure markets.

Oil demand has been hit hard by the coronavirus outbreak. Original forecasts for growth in crude demand in 2020 have been slashed, as factory operations, travel and other economic activities around the world have been curtailed by measures aiming to stop the virus spreading. (Additional reporting by Alex Lawler, Rania El Gamal and Olesya Astakhova; Editing by Dmitry Zhdannikov and Edmund Blair)