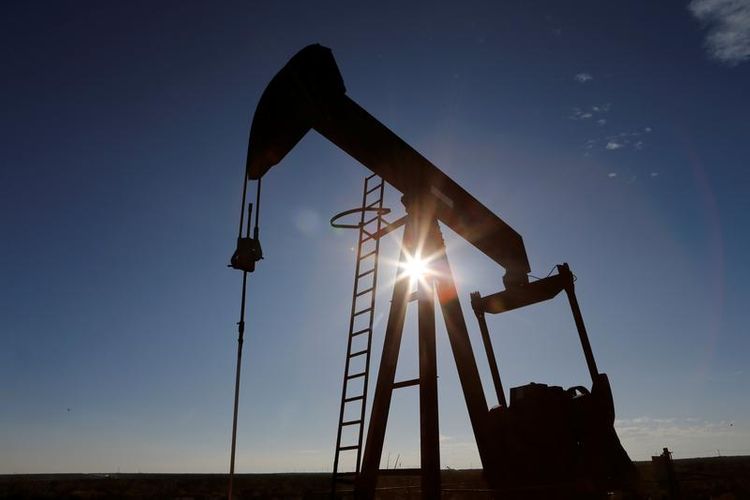 Oil prices were unchanged on Friday, weighed after a Libyan commander said a blockade on the country’s oil exports would be lifted for a month, while supportive signals from an OPEC+ meeting lifted futures, APA reports citing Reuters.

Market sentiment fell on Friday after eastern Libyan commander Khalifa Haftar announced he would lift his blockade of oil output for one month. The blockade slashed Libyan production to just over 100,000 barrels per day now from around 1.2 million bpd previously.

It was unclear how quickly Libya could ramp up production.

“A risk-off mentality is sprinkling down to oil. There are still concerns demand might get worse,” said Phil Flynn, analyst at Price Futures Group in Chicago.

On Thursday, though, the key panel for the Organization of the Petroleum Exporting Countries and its allies pressed for better compliance with oil output cuts against the backdrop of falling crude prices.

Saudi Arabia’s Prince Abdulaziz bin Salman told a gathering on Thursday that the OPEC+ producer group could hold an extraordinary meeting in October if the oil market soured because of weak demand and rising coronavirus cases, according to an OPEC+ source.

“The alliance showed strength and reassured the market that if further action will be needed to discipline sub-compliers and balance the market, it would be taken,” said Bjornar Tonhaugen, Rystad Energy’s head of oil markets.

Goldman Sachs predicted a market deficit of 3 million bpd by the fourth quarter and reiterated its target for Brent to reach $49 by year end and $65 by the third quarter of 2021.

Swiss bank UBS also pointed to the possibility of undersupply, forecasting Brent would rise to $45 a barrel in the fourth quarter and to $55 by mid-2021.

In the Gulf of Mexico, U.S. producers started rebooting rigs following a five-day closure due to Hurricane Sally.

A tropical depression in the western part of the Gulf of Mexico could become a hurricane in the next few days, potentially threatening more oil facilities.

The U.S. oil rig count, an early indicator of future output, fell by one this week to 179, its lowest since mid-August, energy services firm Baker Hughes Co BKR.N said.

Money managers raised their net long U.S. crude futures and options positions in the week to Sept. 15 by 30,970 contracts to 308,522, the U.S. Commodity Futures Trading Commission (CFTC) said on Friday.