President: Gobu Power Station will reduce the dependence of Baku and the Absheron Peninsula on the Mingachevir Thermal Power Plant 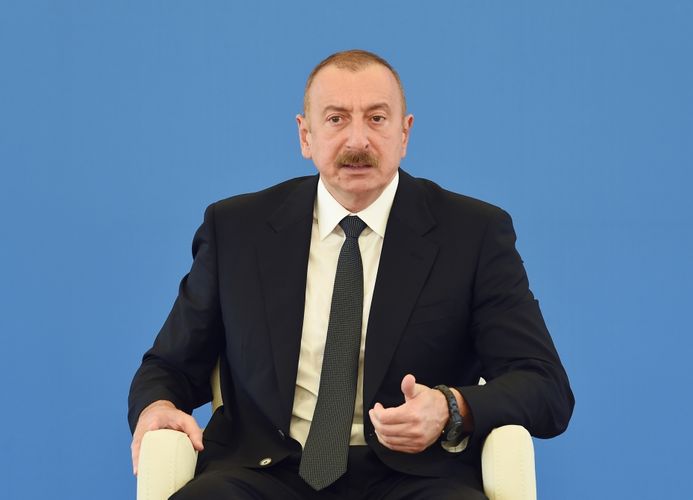 “As a result of the work done in recent years, conventional fuel consumption in the energy system has been on the decline. At the same time, losses are reducing as well. As for the reduction of losses, the importance of this station is that it will reduce the dependence of Baku and the Absheron Peninsula on the Mingachevir Thermal Power Plant, thus reducing losses. The Mingachevir Thermal Power Plant is located 250 kilometers from Baku and, of course, the transmission of energy inevitably leads to losses, said President Ilham Aliyev as he addressed a meeting with power engineers following the groundbreaking ceremony for the 385-megawatt Gobu Power Station, APA reports citing Presidential press service.

The head of state said: “The importance of this station is that the consequences of possible accidents will reduce. We all remember too well that as a result of a breakdown at the Mingachevir Thermal Power Plant two years ago, Baku, the Absheron Peninsula and most of our country were left without electricity. Therefore, the construction of this station on the Absheron Peninsula will insure us against emergencies.