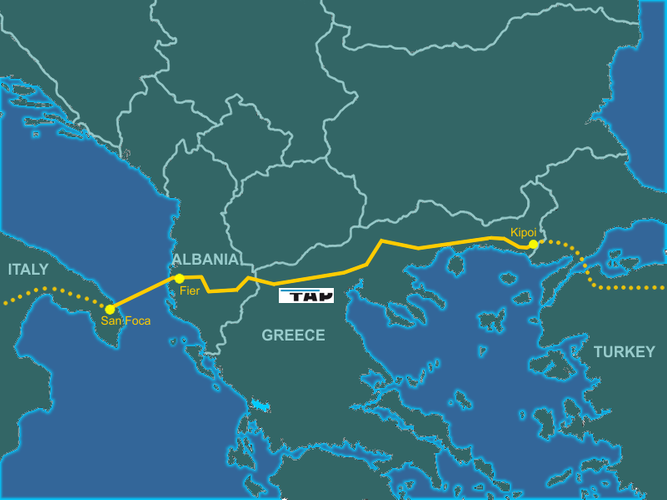 The Trans Adriatic Pipeline (TAP) project, which envisages transportation of Azerbaijani gas to Europe, is 94.1 percent complete as of late March, APA reports.

The Trans Adriatic Pipeline (TAP) AG started to introduce the first natural gas into a 2 km section of the pipeline in Greece between the Evros river and the Kipoi compressor station last November. This is the initial stage of the pipeline commissioning process, which aims to ensure that the infrastructure is entirely safe and ready for operations after the completion of the process, in line with national and international safety and operational standards, according to TAP AG consortium.

Introducing gas into the pipeline system is another milestone towards the start of Shah Deniz 2 gas deliveries to Europe. Commercial gas flows through TAP are being planned to start in October 2020 when the complete asset all the way to Italy is expected to be commissioned and tested.

Following the commissioning of the first section, gas will continue to be gradually introduced into other sections of the Greek pipeline and beyond in Albania and Italy in the upcoming weeks and months.

TAP’s first offshore pipelines (7km) in Albania were successfully installed and backfilled in May. This is part of the 105 km section across the Adriatic Sea that will link the gas pipeline to Italy’s transmission network.

The 878km long pipeline will connect with the Trans Anatolian Pipeline (TANAP) at the Turkish-Greek border at Kipoi, cross northern Greece, Albania and the Adriatic Sea, before coming ashore in Southern Italy, where it will connect to Italy’s gas transportation grid operated by SNAM Rete Gas.

TAP is the European section of the Southern Gas Corridor, enhancing Europe’s energy security and contributing to decarbonisation and the diversification of gas supplies.