Total Executive Director for Azerbaijan: Extraction of first gas from “Absheron” field is scheduled for 2021 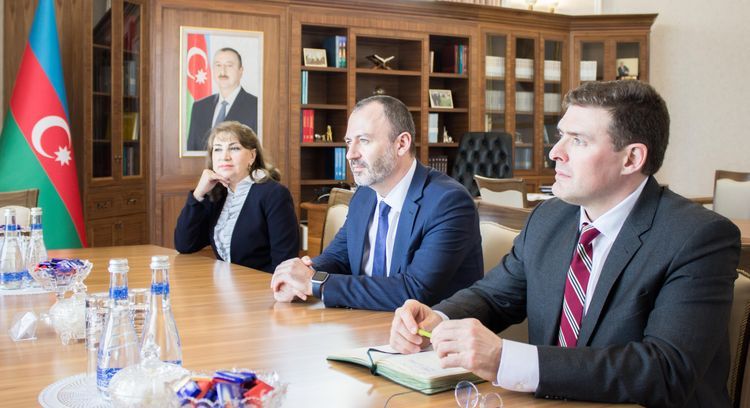 The issues related to the status of implementation of the “Absheron” project and the cooperation with “Total” company in the area of renewable energy were discussed during the meeting.

Parviz Shahbazov highly appreciated the works completed in the framework of “Absheron” project and the role of this field having great gas and condensate reserves in satisfaction of the country’s internal demand. The minister inquired about commencement of production at the field and the company’s plans regarding the next development phase.

The “Total” Company’s Executive Director for Azerbaijan Regis Agut evaluated the “Absheron” project as an undertaking meeting interests of both parties. He brought to notice the information about the works implemented in the area of commencement of production at “Absheron” field including drilling of the deepest well in the Caspian Sea.

Regis Agut said the extraction of the first gas from “Absheron” field had been scheduled for 2021.