Turkish President: “We will contribute to Europe’s energy security with TANAP” 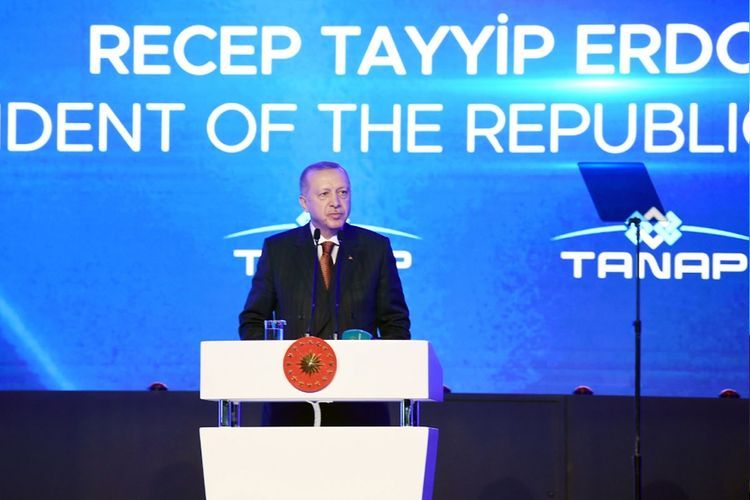 Erdogan stated works, done for realization of the project, have not been wasted.

“Despite tens of dangers and conflicts, we overcome within or outside of the country, we developed TANAP as it was planned, and brought it at current stage. The part of an amazing project of energy entitled “Silk Road”, which is related to our countries, has been completed in accordance with our targets on time planned beforehand. We will contribute to energy security of Europe, besides providing energy requirements of our countries with TANAP”, he added.