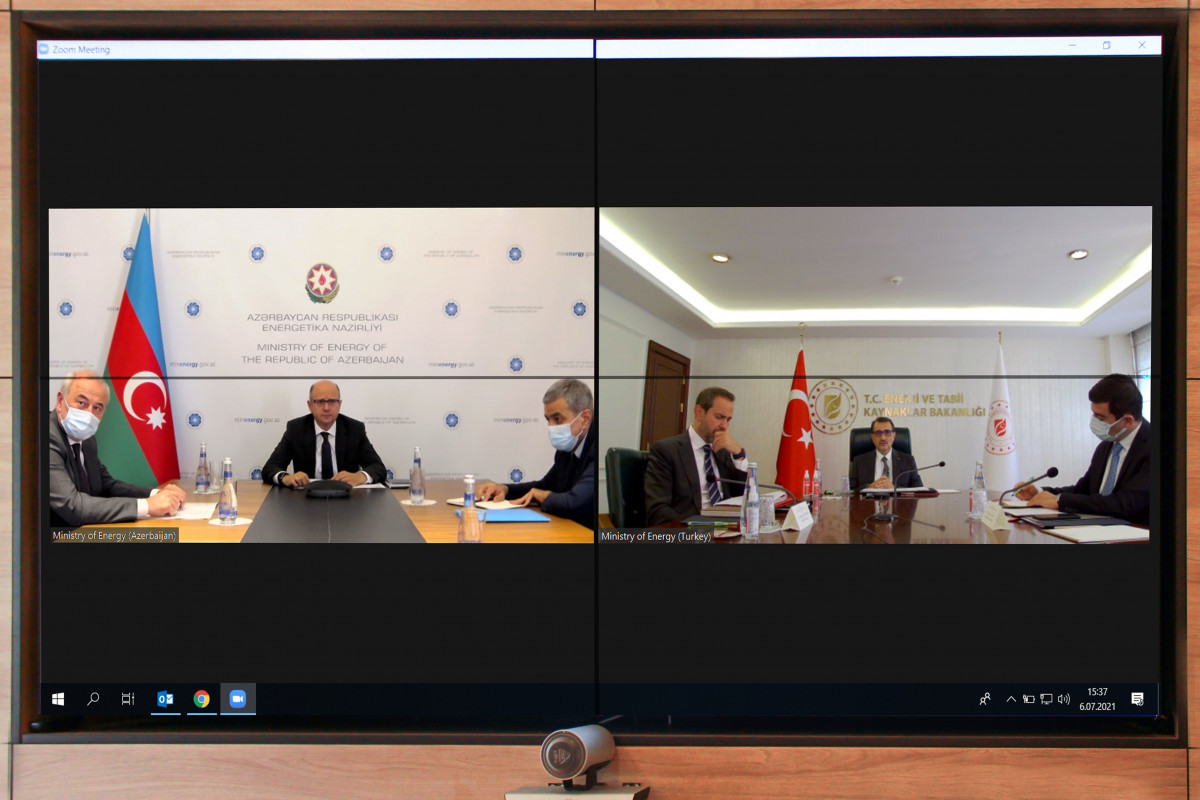 An online meeting was held between Azerbaijan's Minister of Energy Parviz Shahbazov and Turkish Minister of Energy and Natural Resources Fatih Donmez to discuss the energy issues reflected in the documents signed recently by the two countries, Energy Ministry told APA-Economics.

Minister of Energy Parviz Shahbazov said that the "Shusha declaration" raised our friendly, brotherly and jointly relations in all fields, including energy: “The issues such as the Southern Gas Corridor and regional cooperation in the field of electricity, as well as the declaration of the liberated territories as "green energy" zone by the President of Azerbaijan deepen our energy cooperation with Turkey.”

Noted that discussions are being held with Turkish companies on cooperation in the field of renewable energy, the Minister brought to the attention that, at the same time, it is possible to participate in auctions planned to be held next year.

At the meeting, the proposal to hold the Azerbaijan-Turkey Energy Forum in October this year in Baku as a platform to contribute to the development of energy cooperation in the areas of hydrocarbon, petrochemical, renewable energy and other areas was discussed and agreed.

Speaking about the successful activities of TPAO and SOCAR in both countries, Turkish Minister of Energy and Natural Resources Fatih Donmez touched upon the strategic importance and prospects of joint cooperation in the third country.

During the discussions, the sides also exchanged views on other important areas of energy cooperation.