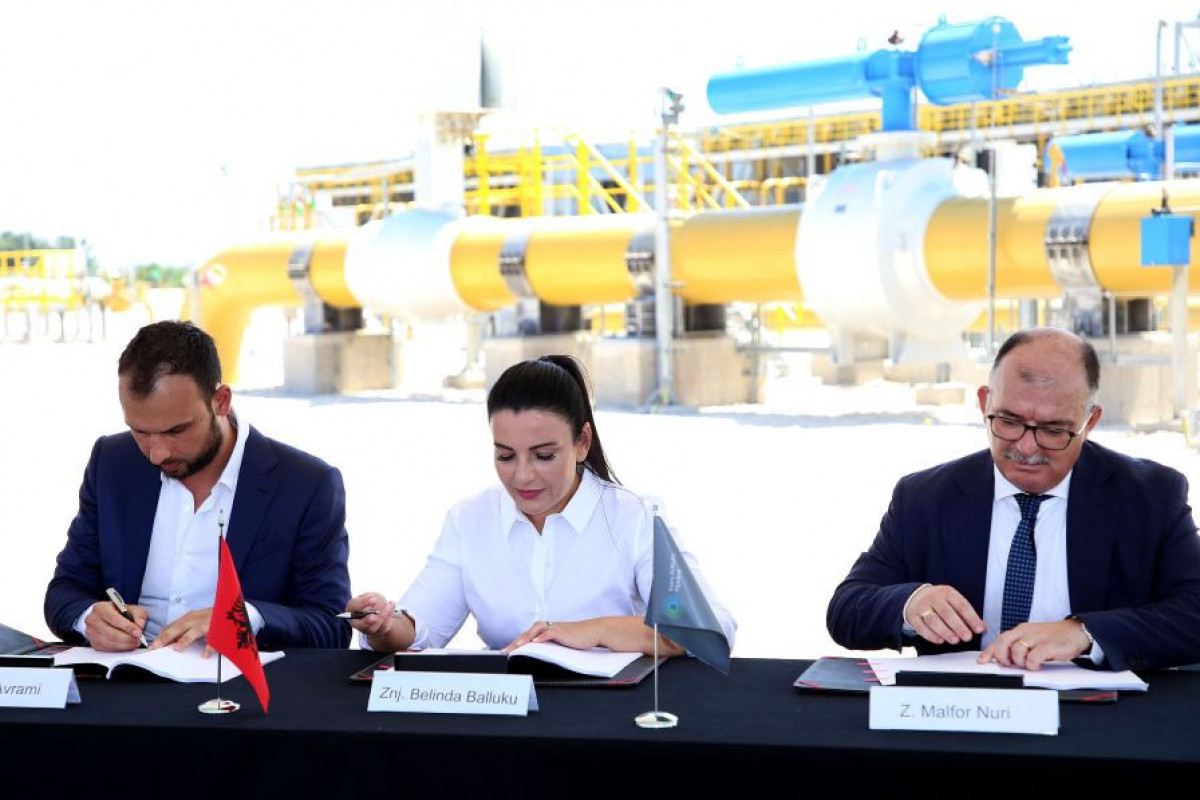 On 6 July 2021, Trans Adriatic Pipeline (TAP) AG, the Albanian Ministry of Infrastructure and Energy and Albgaz Sh.a. signed a Cooperation and Handover Agreement on the Fier South Facility. TAP will design, procure and construct the Fier gas exit point, a multimillion Euro investment in the country, APA reports citing TAP.

According to the agreement, once the construction of the Fier South Facility is complete, the exit point will be handed over to the Albanian State and will be fully owned, managed, and operated by the government of Albania.

The new facility is a significant milestone for Albania’s gasification, as it will enable an interconnection point between the TAP transportation system and future gas infrastructure in Albania.

The new gas exit point in Fier will a provide strategic access point for Albania and the Western Balkans to gas reserves in the Caspian region. It will be constructed outside of TAP’s compressor station in Fier and will have expandable capacity and the possibility for bidirectional flow. The gas exit point constructed by TAP will also include pressure reduction and fiscal metering facilities.

Edi Rama, the Prime Minister of Albania, described the signing of the agreement as a step towards turning Albania into an energy exporter. "Today is one of the many stations of a journey that continues to turn Albania practically into a net exporter of energy, and at the same time to make our country a space of different, diverse sources of energy production, by introducing gas as another component into the economic and social life of the country."

Belinda Balluku, the Minister of Energy and Infrastructure, welcomed the agreement as a key milestone in the future development of Albania’s gas market and energy infrastructure, a priority of the third term of the Rama Government.

Luca Schieppati, TAP Managing Director, commented: “In line with our mission and vision, we are pleased that TAP continues to enable diversification and security of supply, providing a real opportunity for a new source of reliable, affordable, and cleaner energy to reach Albania and South Eastern Europe in the future. The Fier exit point is an essential asset, which will facilitate Albania’s energy transition roadmap.”

Malfor Nuri, TAP’s Albania Country Office Manager, added: “This is a major TAP contribution to Albania. The Fier exit point will not only serve the development of energy infrastructure in the country, but it will significantly strengthen the geo-strategic and commercial role of Albania in the region.

The Fier gas exit point reinforces the role of TAP in the Western Balkans area, not only as a reliable Transmission System Operator (TSO) but also as an active partner in Europe’s energy transition. 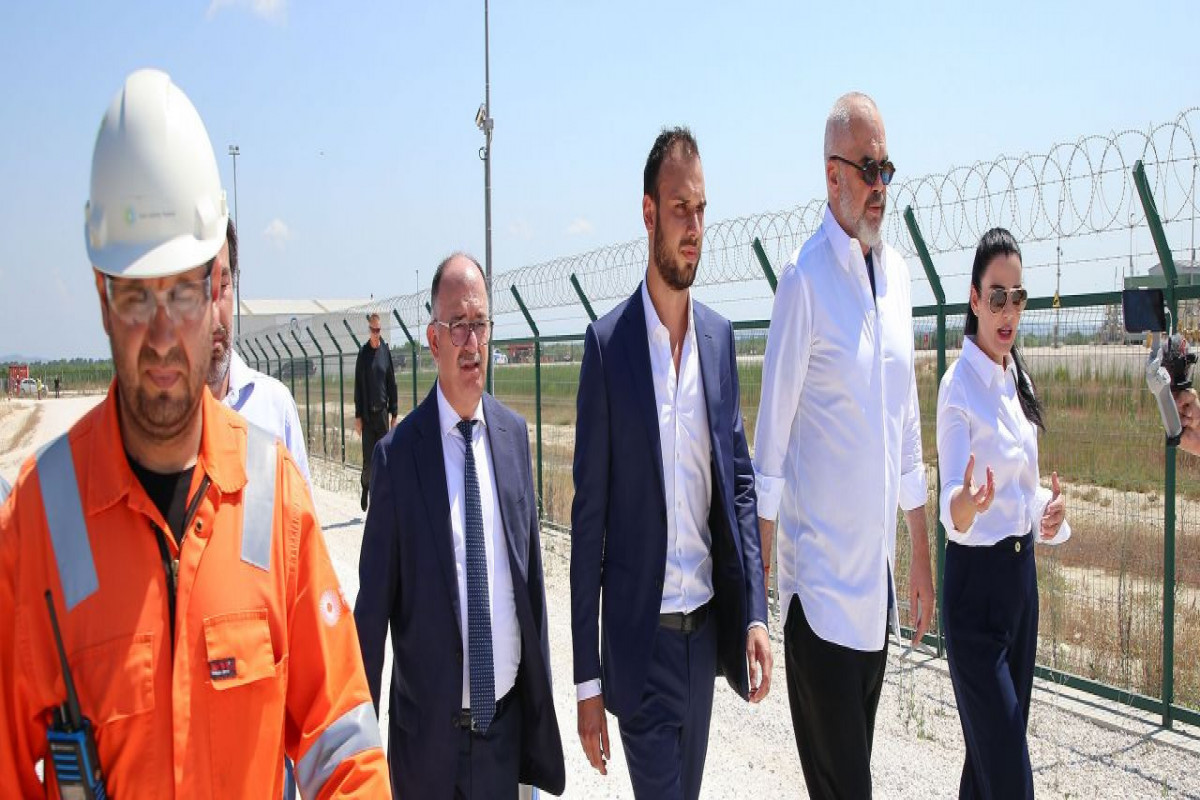 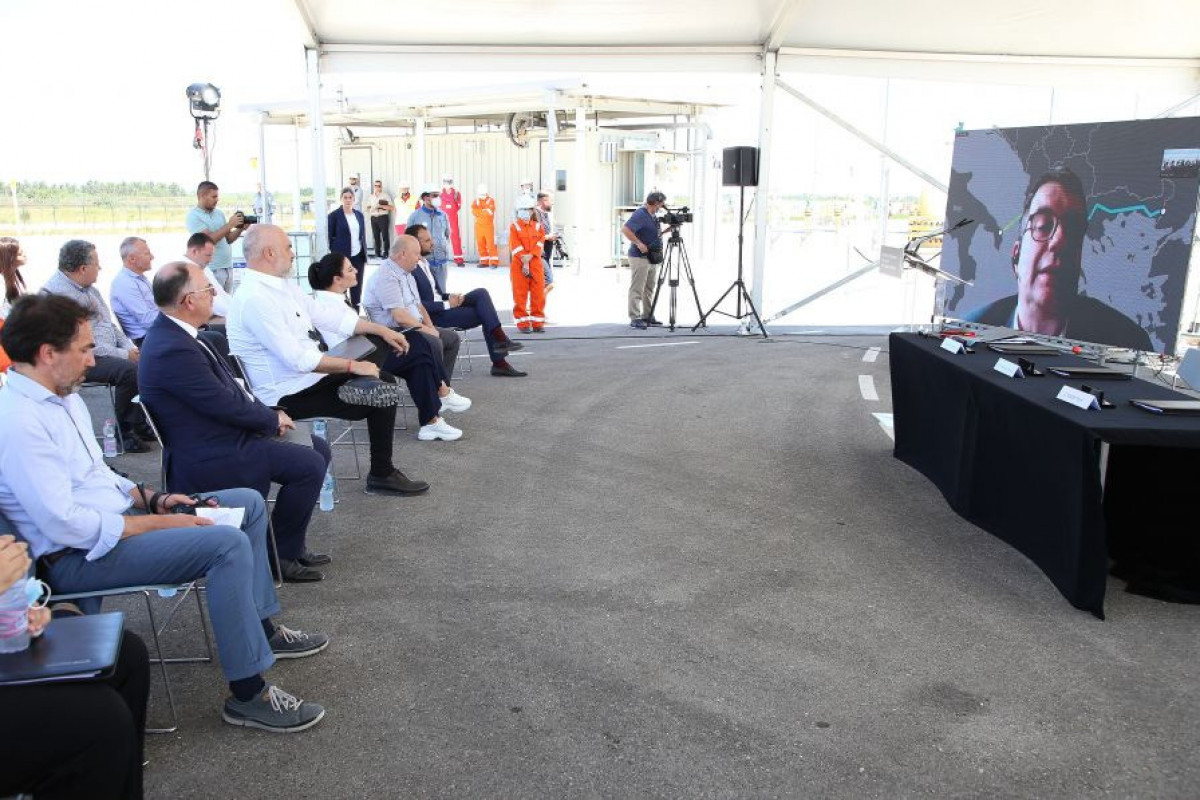 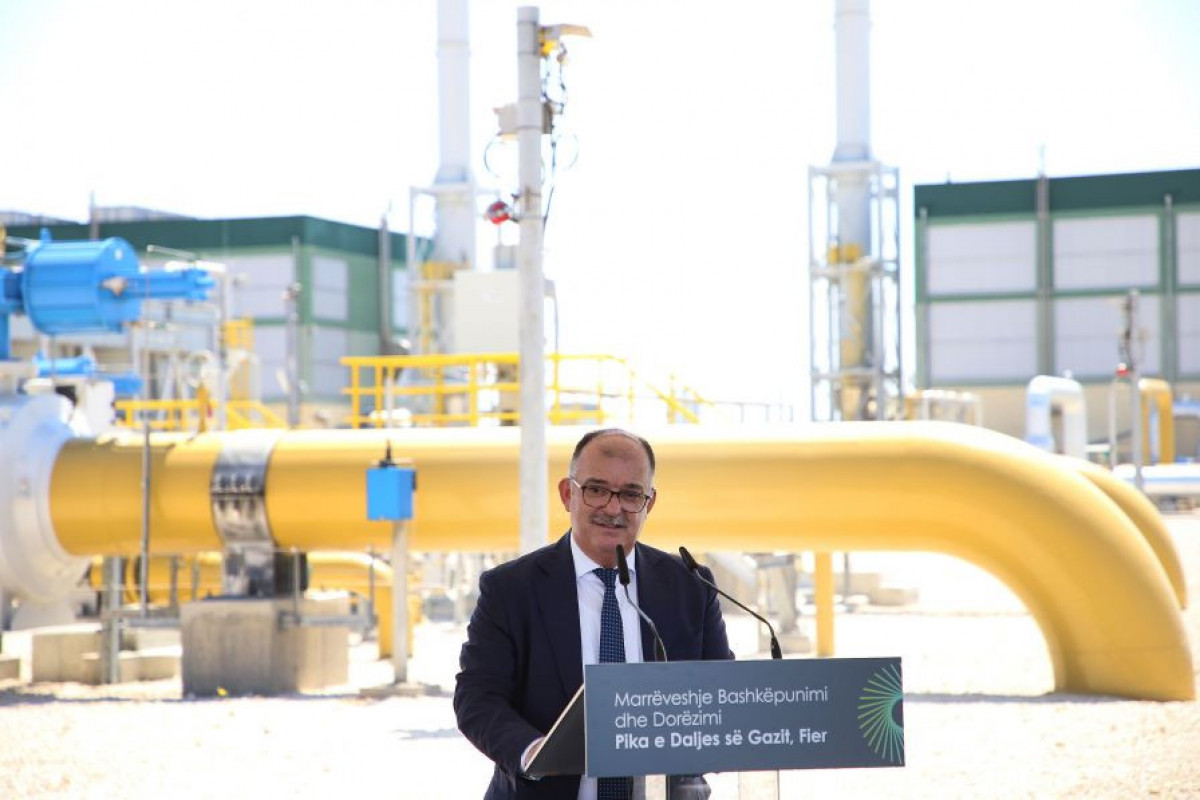 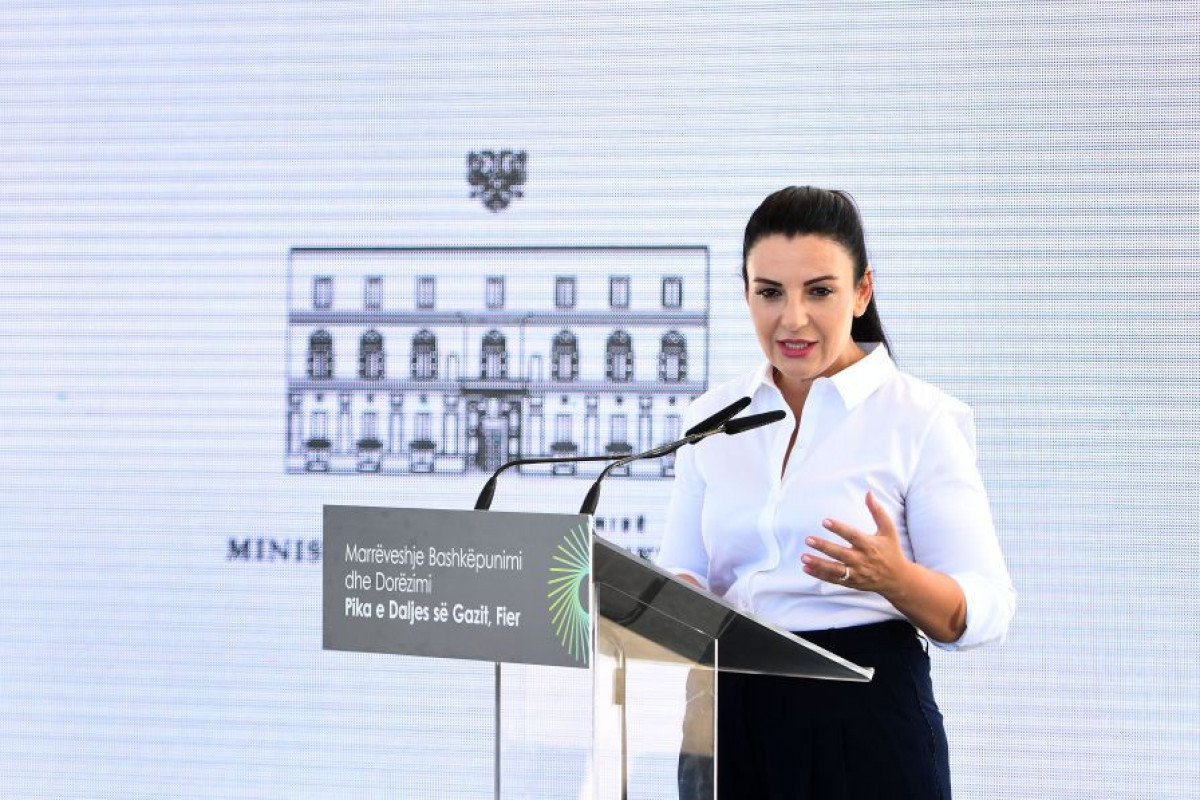 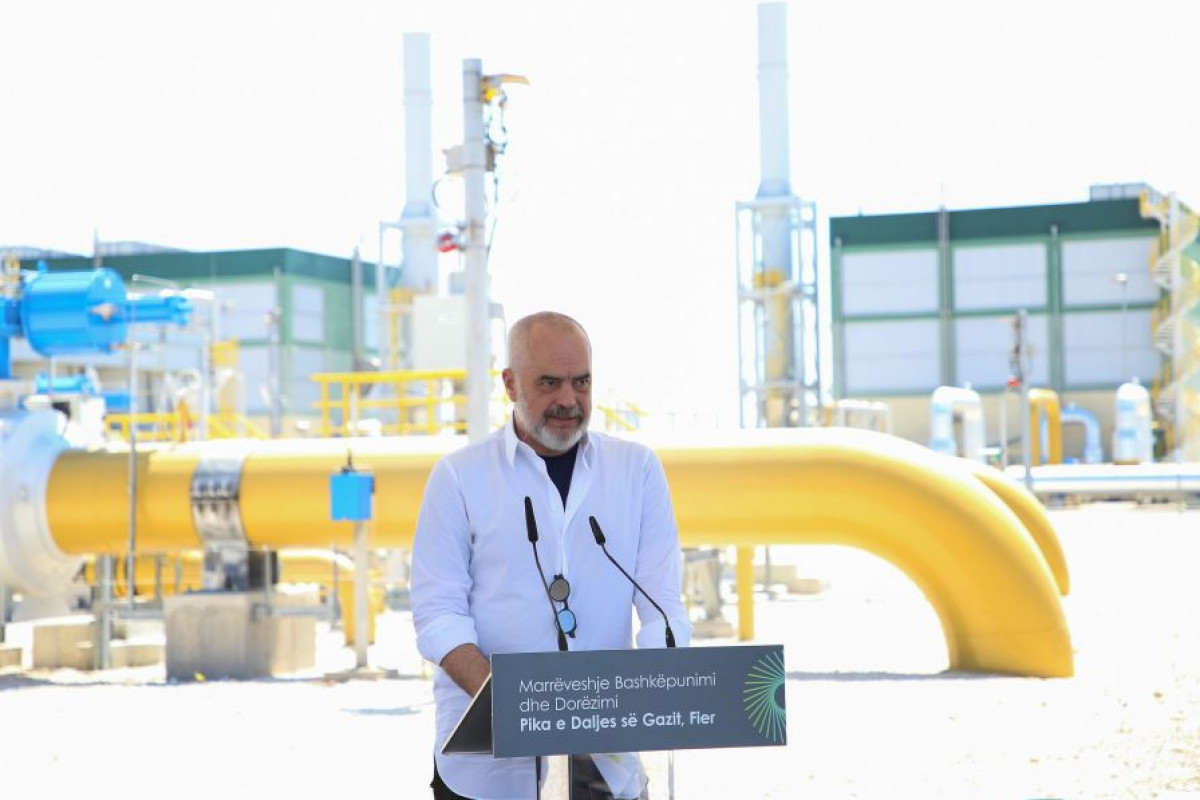