In other words, OPEC reduced daily output by 1.078 million barrels, while the target for January was 1.164 million b/d.

According to the table drawn up by Bloomberg basing on OPEC and International Energy Agency show, Azerbaijan produced 808,000 barrels of oil in January. 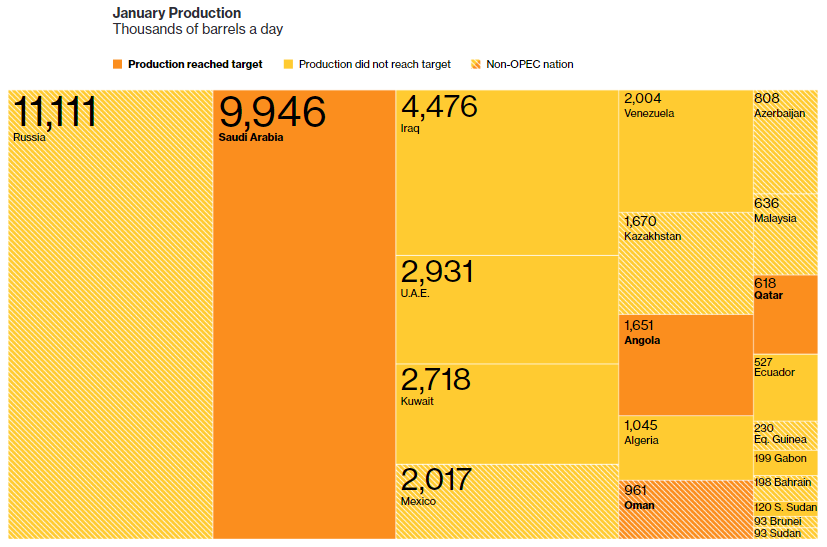 Bloomberg says only 4 of 21 countries overfulfilled their obligation on output cut. According to the figures provided in the table below, Azerbaijan reduced 5,000 barrels while it had to reduce 35,000 barrels. 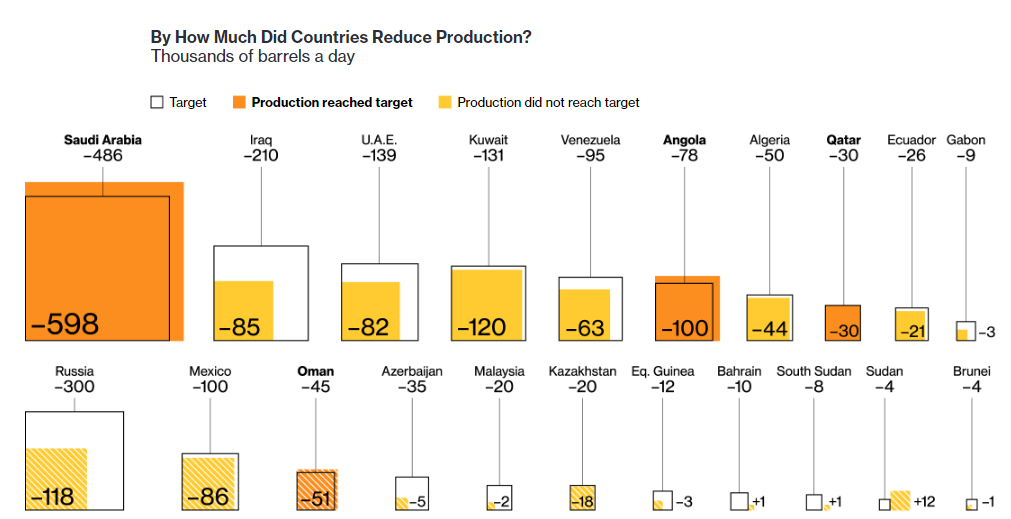 Interestingly enough, Azerbaijani Ministry of Energy says our country fulfilled its obligation. Ministry’s press secretary Zamina Aliyeva told APA-Economics that Azerbaijan has reduced daily output by 35,000 barrels since January 1, 2017: “According to the agreement reached in Vienna, Azerbaijan produced 793,900 barrels of oil per day. After that agreement was reached, the oil price is increasing in the world market. Currently, Brent crude price fluctuates around $56 a barrel. By contrast to the previous year, the oil price rose $25 and this factor is favourable for oil producers. Azerbaijan supports any step which is taken to stabilize the oil price and the market. If Azerbaijan is offered to reduce the output at the next meeting, we are ready for it. Head of state Ilham Aliyev and Energy Minister Natig Aliyev have also stated it”.

Earlier, Natig Aliyev said that Azerbaijan fulfilled its obligation on output cut: “Azerbaijan has reduced daily output by 35,000 barrels since January 1, 2017. According to this agreement, the daily production on January 1-20 made up 789,000 barrels”.

Though the minister did not name those countries, he added that the main goal is achieve obeying of the deal by 100%.

IEA reported that Russia’s production in January was 60,000 barrels less than October 2016, while Russian Energy Ministry claims that this figure makes up 117,000 barrels.

Along with this, OPEC reduced the output 1 million barrels to 32.06 million in January. IEA experts think that this means that the agreement was fulfilled by 90%.