Allahshukur Pashazade: "Calling by II Garegin on behalf of church on people and even children for military war till death doesn’t earn him prestige" 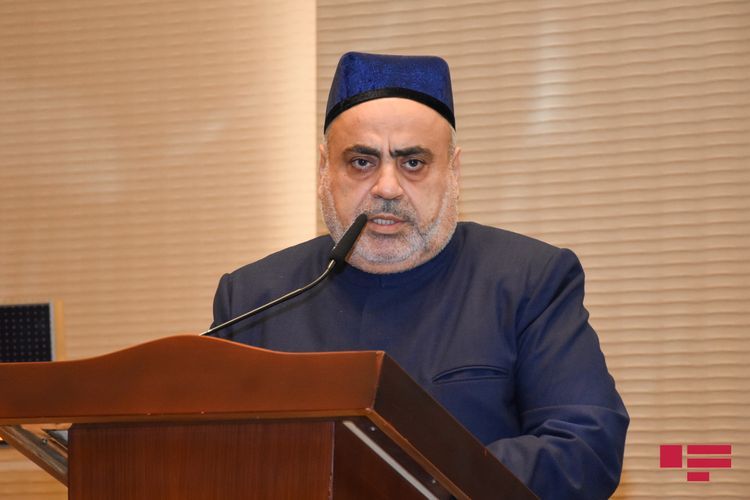 Chairman of the Caucasian Muslims’ Office (CMO) Sheikh ul-Islam Allahshukur Pashazade has issue declaration regarding statement of II Garegin on behalf of church calling on people and even children for military war till death, press service of CMO told APA.

The declaration reads as follows:

"Armenia’s aggressive regime resorting to new military provocations beginning from July of 2020, has got into its target our residential settlements situated in Azerbaijan’s Nagorno Garabagh region and on territories surrounding it, as well as near the state border with Armenia and our civilian population. The non-yielding of practical result of the process of negotiations in the framework of OSCE during the period of about 30 years, non-implementation of the well-known 4 resolutions of the UN SC and the last military aggression of Armenia have exhausted our people’s patience and Azerbaijan using its sovereign right has risen in arms in order to restore its territorial integrity and to liberate from occupation its territories recognized by the international community.

Immediately after the mentioned agreements, Armenia blatantly violating the well-known resolutions of the UN and the Geneva conventions of 1949 continues to commit its military crimes and acts of vandalism and to launch rockets from heavy artillery on residential settlements situated hundreds of kilometers far from Azerbaijan’s region where the military operations take place. As a result of this, from September 27 until now, as a result of shelling from Armenia’s territory of Azerbaijan’s cities and residential settlements including Azerbaijan’s second significant city of Ganja, our 65 peaceful residents including juvenile children were killed, 297 people were wounded, 2243 individual houses, 90 apartment houses, 402 civilian facilities were destructed, there are children among the survived ones who lost their both parents.
Sheikh ul-Islam said despite all these, the Azerbaijani state and wide public has always been in favor of peaceful solution of the conflict, the process of negotiations at various levels including the religious plain: "The trilateral Montreux, Rostov, Moscow, Tbilisi, Yerevan, Baku meetings of religious leaders dedicated to peaceful solution of Armenia-Azerbaijan Nagorno Garabagh conflict pursued the goal of preventing the switchover of the conflict to religious plain.

It should be noted with regret that in exchange for our permanent efforts for fair peaceful solution of the conflict the opposite party, especially the Armenian church has continued its aggressive attitude and incendiary activity. Thus, a few days ago, the last appeal of All-Armenian Patriarch II Garegin, his calling on behalf of church on the people and even children for the military war until death doesn’t win him prestige as a religious leader and serves for presenting the conflict as a religious one, presenting it as Christian and Muslim confrontation that can cause greater catastrophes.