Archbishop Alexander: “Inter-religious conflict is out of the question” 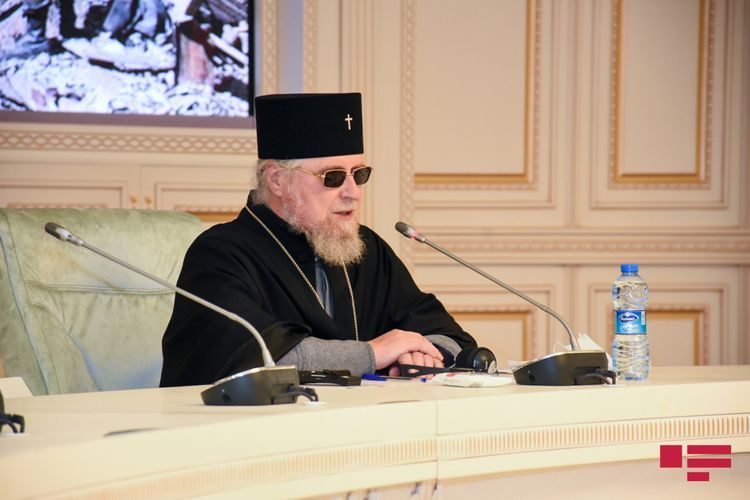 “Multiple meetings took place between religious leaders during 30 years, Cyril organized many such meetings”, said today archbishop of Baku and Azerbaijan episcopate of the Russian Orthodox Church Alexander at the joint press conference of leaders of religious confessions of Azerbaijan and the Caucasian Muslims’ Office, APA reports.

Alexander said the exchange of hostages, corpses of killed people, wounded people was discussed at these meetings: “There are political motives and there are no religious motives in the conflict. This came to the surface during these years. Any war ends in peace. The agreement about humanitarian ceasefire was reached at the meeting held in Moscow by initiative of President of Russia Vladimir Putin and with participation of ministers of Foreign Affairs of Azerbaijan and Armenia. But Azerbaijan’s second largest city was barbarously subjected to fire, 10 people were killed, 40 people were wounded. A missile also fell near a church”.