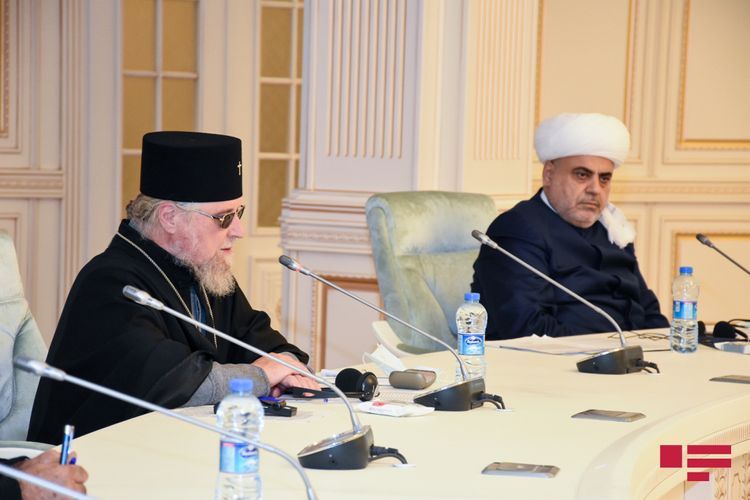 “A number of Christians living in Azerbaijan also go to front voluntarily”, said today archbishop of Baku and Azerbaijan Episcopate of the Russian Orthodox Church Father Alexander at the joint press conference of the Caucasian Muslims’ Office and leaders of religious confessions of Azerbaijan, APA reports.

Father Alexander said there are also martyrs among Christians: “Recently, one of them was martyred, I participated in the funeral ceremony. The aids, medicines, food have also been collected by our community in order to help military servicemen. Everybody wants victory in a short time”.

Meanwhile, chairman of the Caucasian Muslims’ Office Sheikh ul-Islam Allahshukur Pashazade noted that Azerbaijan fights not against a nation but against occupants: “We don’t ask which religion they are affiliated with, they are occupants who seized our lands. Armenia wants to gain support of the world community. They did this previously, this time they will not be able to do this. I have been knowing President Ilham Aliyev since the time when he received education in secondary school. I reinvented him in the recent times. We feel proud of having such a head of state”.