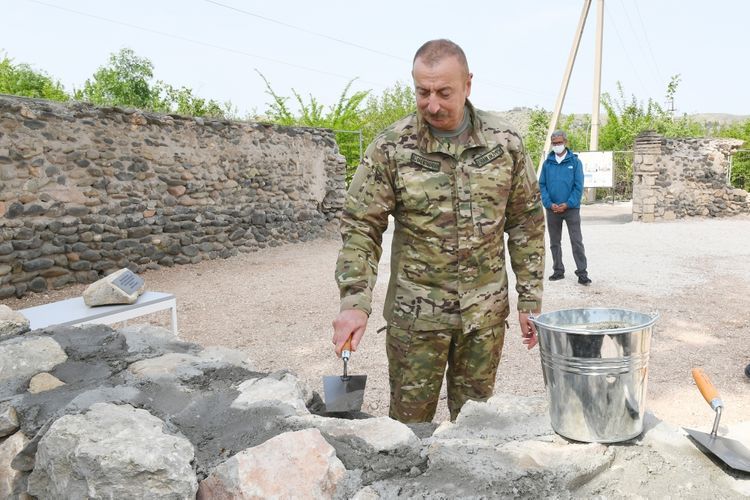 Architect: In accordance with the instructions of President of the Heydar Aliyev Foundation Mehriban Aliyeva, a commission consisting of both foreign and local experts set up by the Foundation has assessed the current state of the mosque building. I would also like to note that representatives of the well-known Kummer Atelier have been here on a short-term mission and assessed the existing building. We are currently preparing proposals for the conservation and restoration of the existing building, as well as proposals and a project on the construction of a new mosque in the area.

President Ilham Aliyev: Anew, or what does the assessment show? The stones are fairly sound.

Architect: We would suggest building a new mosque on a larger area. The total area here is about 50 hundredths, Mr. President. We suggest that this old building remain within the mosque-complex after conservation.

President Ilham Aliyev: Have a look, maybe if these stones and walls are so sound, they might be covered. This could be done as well. When the proposals are ready.

First Lady Mehriban Aliyeva: It was a small mosque, so it should probably be small.

President Ilham Aliyev: It was a small and one-level mosque, and the dome was not that big.

First Lady Mehriban Aliyeva: There was no minaret.

Architect: In 1988, during the Soviet era, an evaluation was done of the building.

President Ilham Aliyev: Is there a photo? Or it could not be found?

Architect: There are layouts.

President Ilham Aliyev: Are there layouts from that time?

President Ilham Aliyev: This is what it was like. In fact, they knocked down one of its walls and the roof. The top wall is there.

Architect: These are preliminary proposals.

President Ilham Aliyev: It is built of this stone.

First Lady Mehriban Aliyeva: From the same stone, the inside was like that. Do the proposals suggest keeping it within the old walls?

President Ilham Aliyev: It remains within the walls.

Architect: This was an additional building. It was built later, during the Soviet era, in the 1930s.

President Ilham Aliyev: Was the main building there?

Architect: Yes, there was a school here, and then they used that building for economic purposes.

President Ilham Aliyev: It is necessary to restore it the way it was.

President Ilham Aliyev, First Lady Mehriban Aliyeva and their daughter Leyla Aliyeva attached a memorial plaque with the words "The foundation of the Zangilan Mosque was laid by President of the Republic of Azerbaijan Mr. Ilham Aliyev on 26 April 2021" on the wall of the mosque. 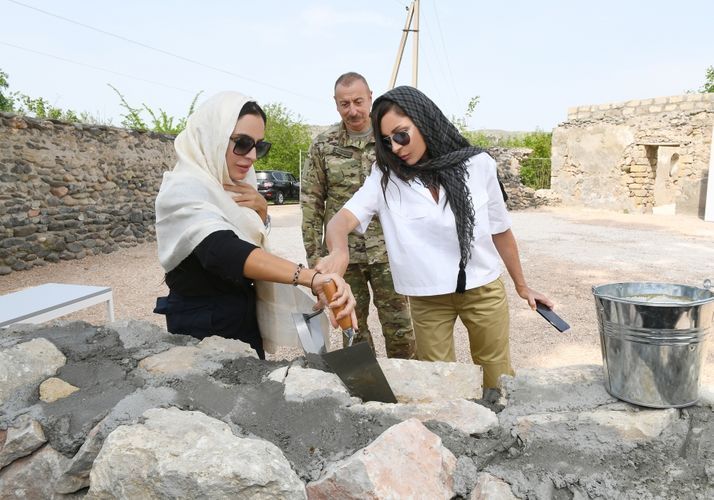 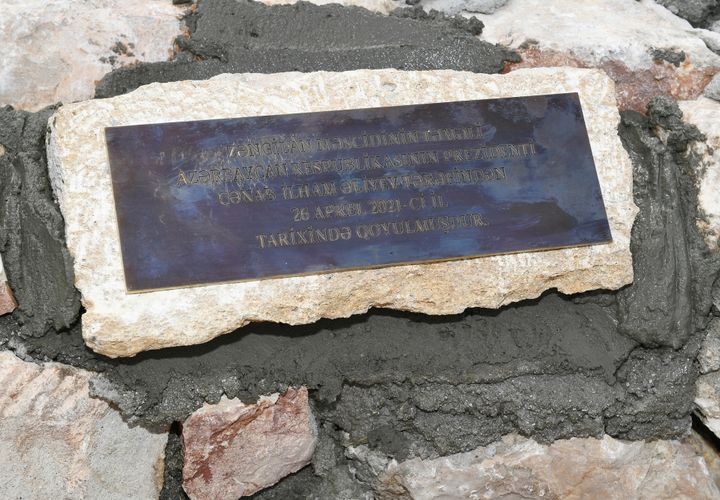 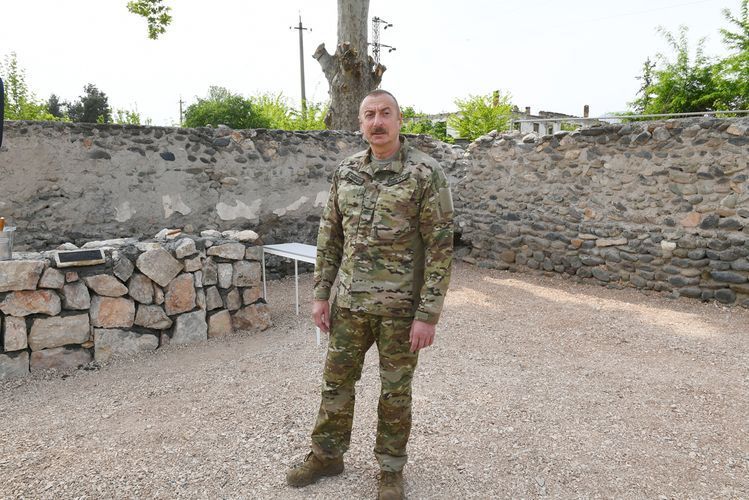