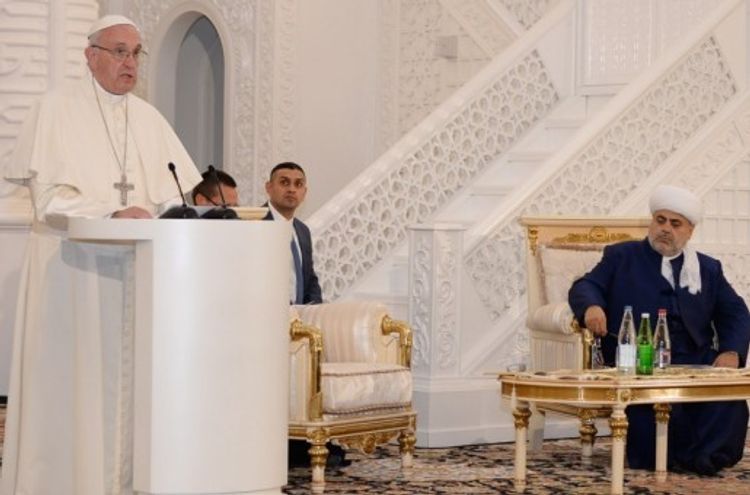 On May 1 of the current year, an appeal of the President of the Pontifical Council for Inter-religious Dialogue, Miguel Angel Cardinal Ayuso Guixot addressed to the world Muslims regarding Ramadan has been placed on the official website of the Holy See, APA reports.

Following cite from Rome Pope Francis’s speech at Heydar Aliyev Mosque while his visit to Baku on October 2, 2016, has been placed in the appeal, which has been published in the English, French, Italian, and Arabian languages.

“In this regard, it is worthwhile to recall what Pope Francis said when he made a visit to the Heydar Aliyev Mosque, in Baku (Azerbaijan) on Sunday, 2 October 2016: "Meeting one another in fraternal friendship in this place of prayer is a powerful sign, one that shows the harmony which religions can build together, based on personal relations and on the good will of those responsible".