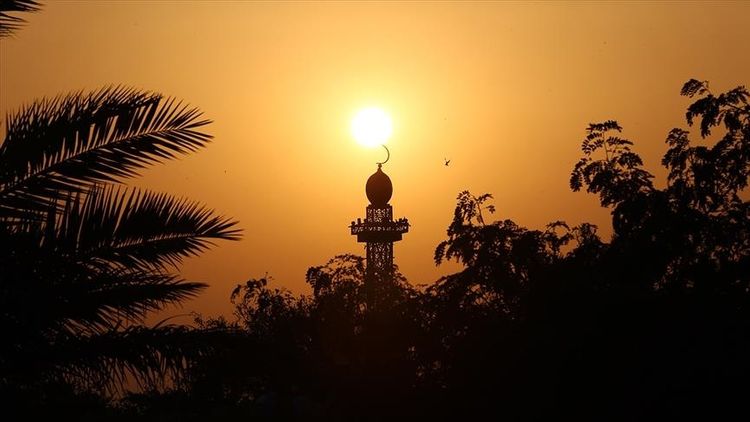 During the holy month of Ramadan, while Muslims in different parts of the world will continue to worship in their localities, the duration of fasting differs based on their region, APA reports.

This Ramadan, which coincides with spring in the Northern Hemisphere and autumn in the Southern Hemisphere, the hours of fasting vary with the number of daylight hours.

According to the website of Turkey’s Directorate of Religious Affairs, on the first day of the holy month, Muslims in Russia’s Murmansk city will fast for 16 hours and 53 minutes, while it is 16 hours and 52 minutes for those living in Tromso, Norway.

Argentina’s Ushuaia city will have a fasting duration of 12 hours and 12 minutes.

Muslims living in cities in the northern latitudes will fast longer than those in the south.

The duration on the first day of Ramadan is 16 hours and six minutes in Norway’s capital Oslo and three minutes less in Sweden’s capital Stockholm.

While Russia’s capital Moscow and Denmark’s capital Copenhagen have the same fasting duration of 15 hours and 45 minutes, it is 15 hours and 32 minutes in Germany’s capital Berlin.

The US capital Washington, DC has a duration of 15 hours and 14 minutes, while it is 14 hours and 44 minutes in South Korea’s capital Seoul.

The Lebanese capital Beirut and Pakistan’s capital Islamabad have the same period of fasting time of 14 hours and 31 minutes, while Iraqi capital Baghdad is just one minute less than them.

Believers in Brazil’s city of Rio de Janeiro will fast for 12 hours and 59 minutes, while those in the South African capital Cape Town and Buenos Aires in Argentina will refrain from eating for 12 hours and 49 minutes.