US Ambassador: “Basketball world lost such a legend as Kobe Bryant” 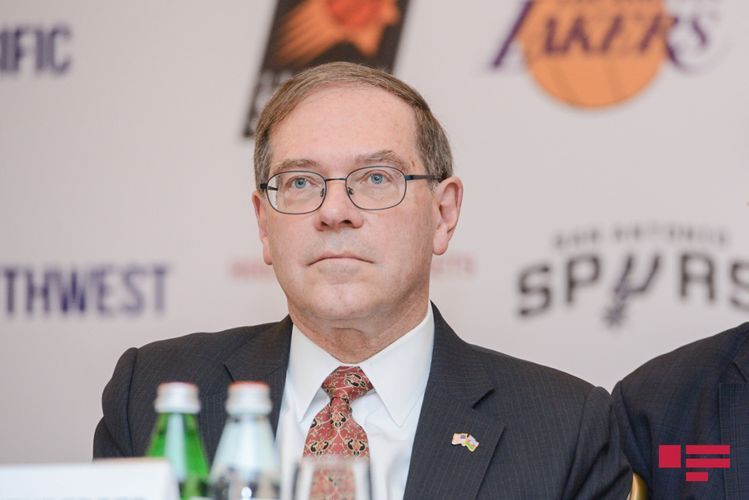 “As an American and basketball fan I experience the feeling of deep sorrow”, the Ambassador Extraordinary and Plenipotentiary of the USA to Azerbaijan Earle Litzenberger said at the presentation ceremony and press conference dedicated to the opening of Jr.NBA Azerbaijan League involving 12-14 age group (boys and girls) of National Basketball Association (NBA), APA reports.

E. Litzenberger said the death of Kobe Bryant shocked him very deeply as millions of other sports fans: “The basketball world lost its legend this week. Kobe also played great role in popularization of NBA team”.

The US Ambassador expressing his satisfaction with growth of interest in basketball in Azerbaijan noted that he is very happy with adoption of American culture in Azerbaijan: “Today basketball has risen to the level of the world’s second most popular sports game. This branch of sports has over 2 billion fans”.