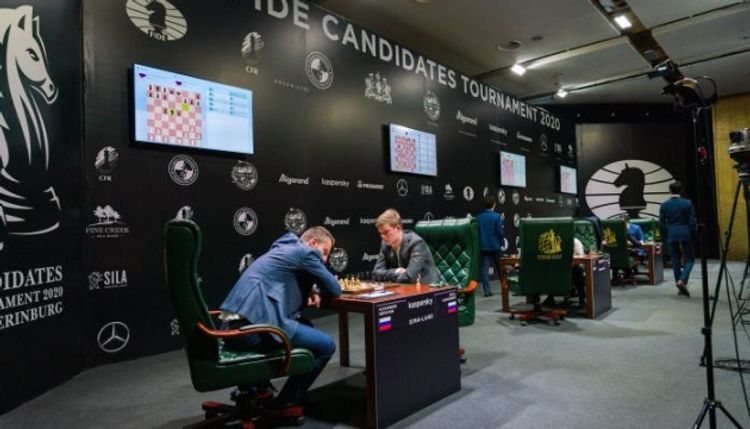 The Candidates’ Tournament in chess held in Russia’s Yekaterinburg city has been suspended, Apasport.az website reports.

This was caused by the spread of the coronavirus pandemic.

After I half of the FIDE tournament, a decision was taken not to proceed with the competition. The results have been maintained, while the II half will be held later. But it is not yet clear when the last 7 rounds will take place.

After I half, the leaders of the competition are the French grandmaster (GM) Maxime Vachier-Lagrave and the Russian GM Ian Nepomniachtchi. They have gained 4.5 points in 7 rounds. The Russian GM Alexander Grischuk, the Dutch GM Anish Giri, the Chinese GM Wang Hao and the US representative Fabiano Caruana have gained 3.5 points. The Russian GM Kiril Alekseenko and the Chinese GM Ding Liren have 2.5 points. The winner of this tournament will have to encounter with the Norwegian GM Magnus Carlsen in the match for the title of the world champion.

Note that the Azerbaijani chess player Teimour Radjabov refused to participate in this competition just due to coronavirus. He was replaced by Maxime Vachier-Lagrave.