10 leaders of opposition detained in Armenia after protest rally 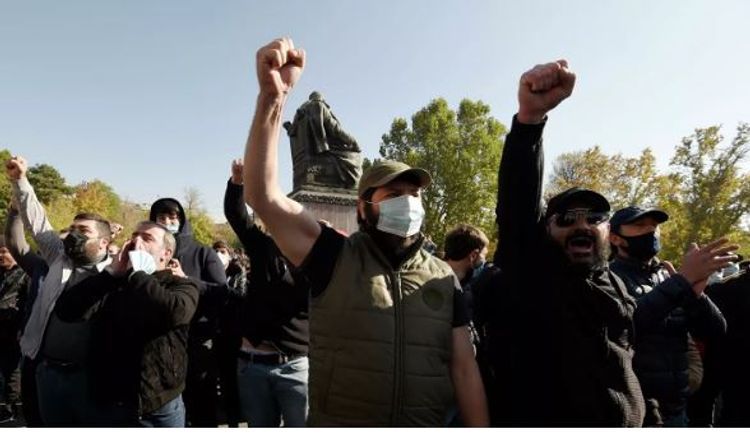 10 leaders of opposition have been held after the protest rally in the Freedom Square of Armenia's capital Yerevan city, according to the Special Investigation Service, APA reports citing Sputnik Armenia.

The detained persons are charged with organization of rallies by violating legally-determined rules.

G. Isagulyan, S. Surenyan, A. Vanetsyan, A. Ghazinyan, and I. Saghatelyan are suspected in violation of the curfew applied regarding military situation. They can be deprived from freedom for 5 years.