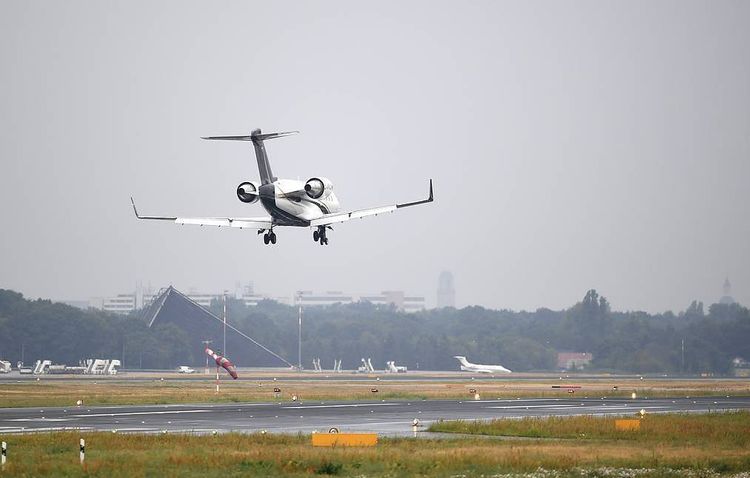 Alexei Navalny, who is in grave condition, was sent to Charite clinic in Berlin on Saturday, APA reports citing TASS.

Human rights activist Yaka Bizil told Bild newspaper that Navalny’s condition during the flight and the landing was stable.

An ambulance vehicle escorted by police entered the clinic’s premises and headed to the intensive care unit. Police have cordoned off the entry to the clinic and are not letting journalists there.

A plane that departed early on Saturday from Omsk carrying blogger Alexei Navalny and German doctors has landed in Berlin, according to Flightradar portal, APA reports citing TASS.

Initially, doctors were against transporting Navalny, who is in a coma, over his unstable condition. On Friday evening, doctors said the patient’s condition had stabilized.

Upon the relatives’ request, a decision was made to transfer Navalny from the Omsk hospital to a German clinic. On Friday, a plane was sent for Navlany from Nuremberg to Omsk. The flight was arranged by Cinema for Peace human rights foundation.

On August 20, Navalny’s spokeswoman Kira Yarmysh reported that Navalny’s plane, en route from Tomsk to Moscow, had made an emergency landing in Omsk, because Navalny suddenly felt unwell. The blogger was hospitalized, he is currently in a coma and was put on a ventilator.