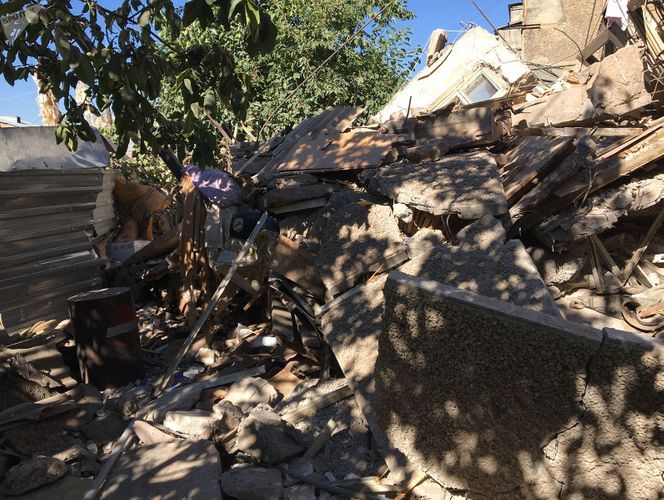 A gas explosion in an apartment building in a northeastern district of Yerevan has caused the building to partially collapse, APA reports citing Armenpress.

The incident took place in the Kanaker-Zeytun district.  The blast is said to be caused by a gas leak.

Minister of Emergency Situations Felix Tsolakyan is also present at the scene.

According to preliminary information two people were trapped under the rubbles and were rescued by emergency personnel. Another 21 people were evacuated. Two people are being treated for injuries at the Heratsi Hospital. No fatalities were reported.

The Heratsi Hospital said the two victims, a man and a woman, are currently being examined. The man is in a critical condition.