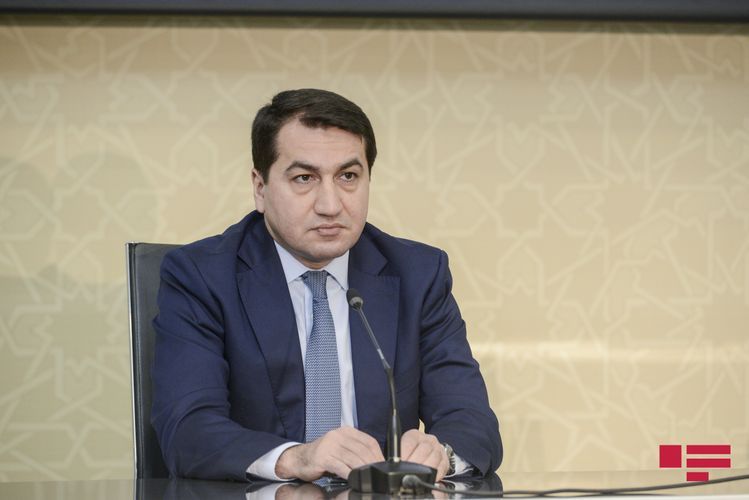 "COVID-19's characterization as a threat to international peace and security would be a contribution to the global security", said Hikmat Hajiyev, Assistant to the President of the Republic of Azerbaijan-Head of the Department of Foreign Policy Affairs of the Presidential Administration of the Republic of Azerbaijan at the press conference organized by Task Force under the Cabinet of Ministers, APA reports.

H. Hajiyev said that the condition in Armenia is more miserable: "They hide figures, don't inform appropriately. Despite it, Armenian President has objected convening a special session of the UN General Assembly on the initiative of President Ilham Aliyev, wrote a letter to the UN Secretary-General."

An aide to the Azerbaijani President noted that the world needs the initiative and it has found its reflection in the appeals, addressed to President Ilham Aliyev by heads of different states.