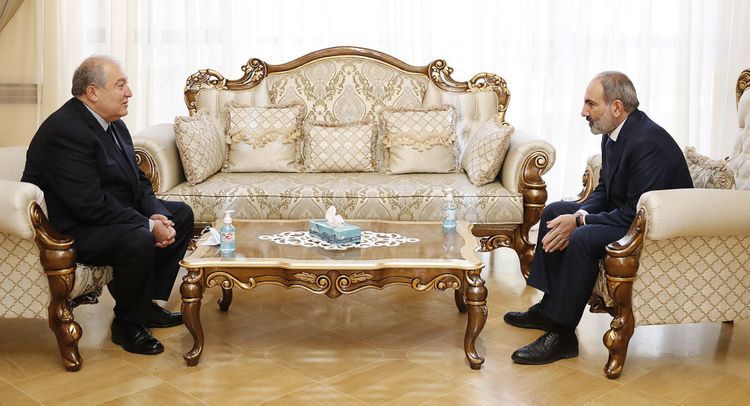 The meeting has been held in the morning today.

"Armenian President Armen Sarkissian has met with Prime Minister Nikol Pashinyan. The sides have discussed the situation in the country", noted in the information of press service of the Armenian President.

Note that situation has aggravated in Armenia after signing a statement on Karabakh among Azerbaijan, Russia, and Armenia. Some political forces hold protest rallies with requirement of resignation of Prime Minister Nikol Pashinyan.

Head of opposition was detained due to illegal rallies.