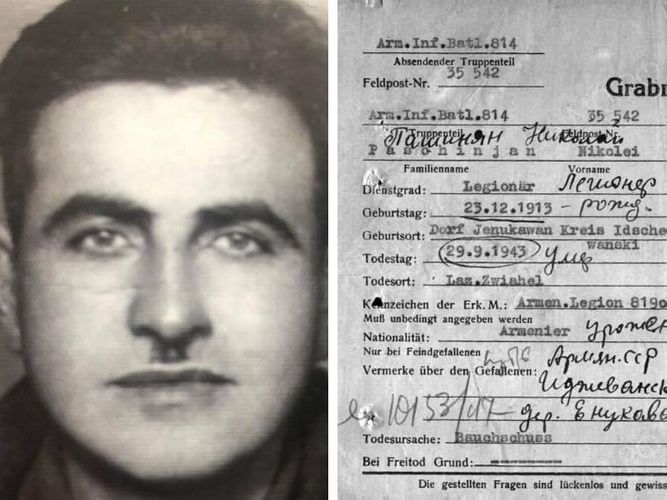 It has become known that grandfather of Armenia’s Prime Minister Nikol Pashinyan served fascists and collaborated with them, APA reports citing the information disseminated by Armenia’s iravunk.am website.

The report says earlier, the Prime Minister shared a photo of his grandfather Nikol Pashinyan born in 1913 and noted that he fought for the sake of the Motherland during the Great Patriotic War: “Nikol Pashinyan, 1913-1943, 138th division of 554th motorized rifle regiment”.

Many comments have been written after the PM’s post. It is noted in the comments Nikol Vartanovich Pashinyan served in the Nazi army in the legion, led by Garegin Nzhdeh, and fought against the USSR. The comments, approving service of Pashinyan’s grandfather for fascists are still being written.

After the post, Armenian media conducted research and revealed that grandfather Pashinyan served for fascists, in fact. It has been determined during the research that Nikol Pashinyan, born in Yenokavan province of Armenia SSR on December 23, 1913, collaborated with the enemy and was killed.