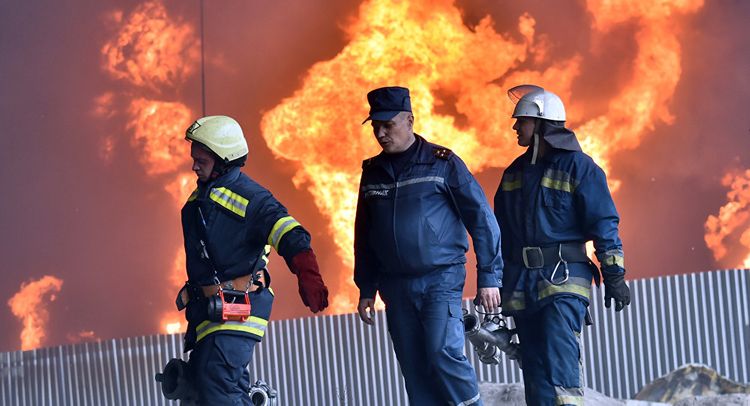 At least 10 people were injured in a fire in the college building in Odessa, APA reports citing Sputnik.

"Attempts to extinguish the fire are continuing at the Odessa College of Economics, Law and Hotel and Restaurant Business. As of 11.20 the fire area is approximately 1000 square meters, there is a threat of collapse of structures and the spread of fire," said a message posted on the emergency services page on Facebook.

More than 40 People have been evacuated from the burning college building, according to emergency services.

The mayor’s office has postponed a meeting of the executive committee, as the mayor of Odessa Gennady Trukhanov arrived at the scene of the fire. Also, several trolleybus routes are not working due to the fire.