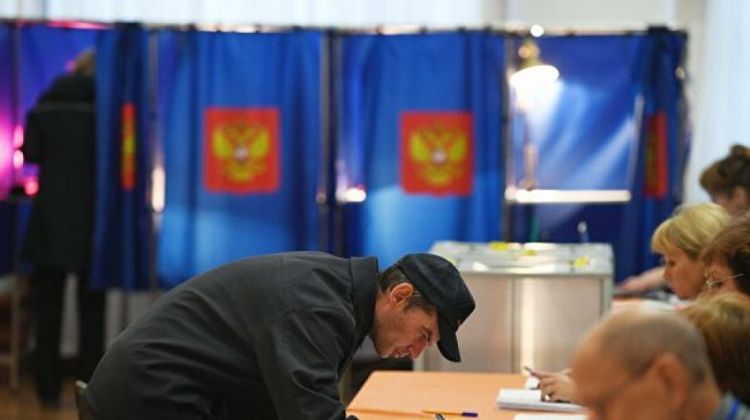 The vote on amendments to the Russian constitution began on Thursday in all the 14 administrative regions of Russia’s Far Eastern federal district, regional election commissions and administrative bodies said on Thursday, APA reports citing TASS.

In Yakutia, polling stations started their work at 10:00 local time (04:00 Mocow time). The region has 816 polling stations in total, including 25 temporary ones, set up at remote mining facilities, military garrisons and meteorological stations.

The vote in Buryatia began at 03:00 Moscow time (8:00 local time), while the Trans-Baikal Region and the Amur region launched the process an hour earlier, at 2:00 Moscow time.

At 01:00 Moscow time, the vote began in the Primorye and Khabarovsk regions and the Jewish autonomous region.

Russia’s easternmost regions of Kamchatka and Chukotka were the first to begin the vote, at 23:00 Moscow time on Wednesday.

About the constitutional amendments vote

The text of the bill was published on the official legal information portal. After the Constitutional Court’s ruling, which states that the bill does not violate the Constitution, a public vote will be held. If over 50% of the Russian public approve of the changes, the bill will enter into force.

The vote was initially set to take place on April 22, however, Putin chose to postpone it due to the situation with the spread of the novel coronavirus (COVID-19) in Russia. During a working session earlier, Putin approved July 1, 2020 as the new date for the vote. The vote will be held over a seven-day period ending on July 1 due to epidemiological concerns.