Fire breaks out at Siberian prison after violence 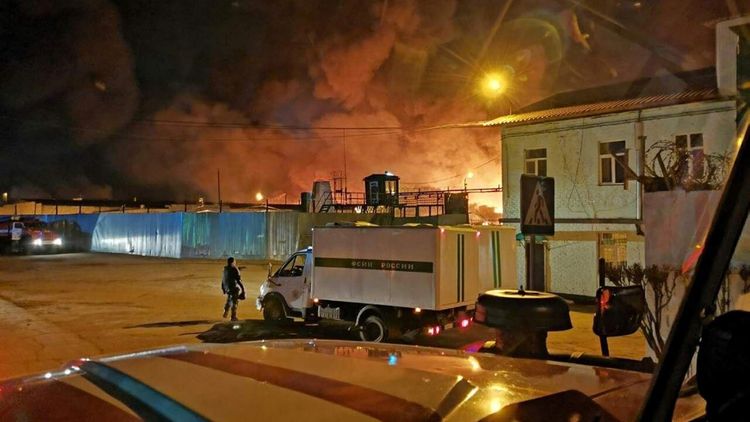 A fire broke out at a prison in the Siberian region of Irkutsk after a riot by inmates late on Thursday, the Interfax news agency reported, APA rpeorts quoting Reuters.

A prison guard was attacked during the incident and has since been hospitalised, the regional office of the Federal Penitentiary Service said in a statement on Friday.

“Currently the situation in the facility is under control,” it said.

A video shared by Russia’s Investigative Committee on YouTube on Friday showed flames towering over several smaller buildings at the prison, Penal Colony 15. In another clip it showed hundreds of prisoners, surrounded by guards, gathered outside a main building of the prison.

It was unclear what set off the fire.

The violence broke out on Thursday evening after a prisoner, who was being held in an isolation cell after violating prison rules, refused to allow guards to conduct a search, the Irkutsk region penitentiary service said in its statement.

“Convicts in neighbouring isolation cells began breaking security cameras lenses and using the shards of glass to cut their forearms,” the service said.

The Interfax news agency, quoting an unnamed source, said these prisoners then broke out of their cells, attacked the guards and staged a riot.

The main instigators of the riot, around 16 or 17 people, have been blocked off in one building, Interfax cited the source as saying.

“Work is undergoing to render them not dangerous,” the source was quoted as saying. “Three buildings are currently on fire. Staff are trying to put them out.”

It was unclear if the fire was still raging on Friday evening.