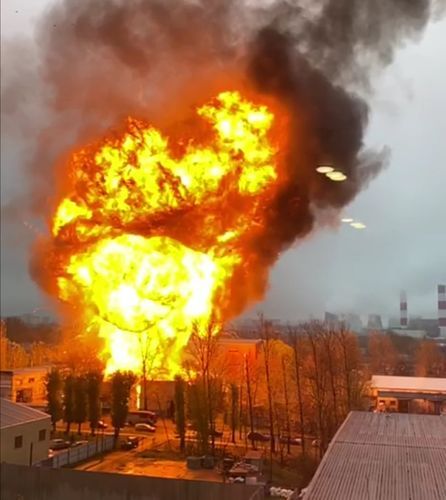 A fire has broken out at a warehouse in the south of Moscow, there are no reports of any injured yet, the emergency services said, APA reports citing Sputnik.

A fire brigade is working at the site right now.

"There have been no reports of any injured", the emergency service said, adding that the storage building has collapsed, but the firefighters had managed to keep the flames away from nearby houses.

However, the fire later spread over to a nearby gas station, a representative of the emergency services told Sputnik.