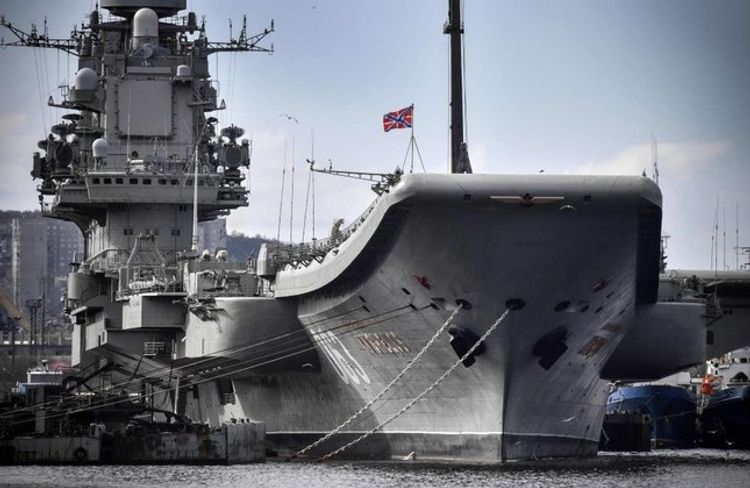 "At around 5 a.m. the fire was extinguished. The fire covered 500 square meters," the source said. The firefighters continue dropping water on the scene.

A fire broke out Thursday on Russia's only aircraft carrier as it underwent repairs in an Arctic shipyard, Russian media said, with at least one worker reported missing, APA reports citing Daily Sabah.

The fire had started on the upper deck and that thick, black smoke was billowing from the vessel.

The Admiral Kuznetsov has been undergoing repairs for more than two years in Murmansk and suffered previous damage in October 2018 when a crane crashed onto its deck.

The aircraft carrier has seen action in Russia's military campaign in Syria in support of Bashar al-Assad's regime with its planes carrying out air strikes against opposition forces.

It was being overhauled on one of the world's biggest floating docks in the icy waters of the Kola Bay near Murmansk close to where Russia's Northern Fleet is based and was due to go back into service in 2021.

The Admiral Kuznetsov gained notoriety in Britain when then Secretary of Defense Michael Fallon dubbed it the "ship of shame" in 2017 when it passed through waters close to the English coast on its way back from the Mediterranean belching black smoke.