Four policemen died in traffic accident on highway in Russia 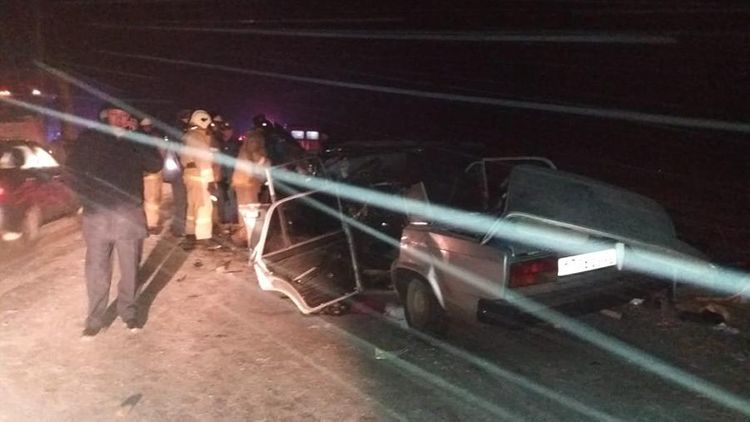 Five people, including four police officers, died as a result of an accident on a highway in the Altai Territory. This was reported by the press center of the Ministry of Internal Affairs in the region, APA reports citing Russian media.

“At 18:50 local time, in the Aleysky district, on the A-322 highway between the villages of Uryupino and Krasny Yar, a collision of a VAZ 21074 police car and Toyota Fielder collided,” Interfax quoted the message as saying.

Five police officers were in the VAZ cabin, four of them died on the spot, another employee was taken to the hospital.

According to the traffic police, three people were in the Toyota cabin, one of them died, two were injured.

The circumstances of an accident are established.