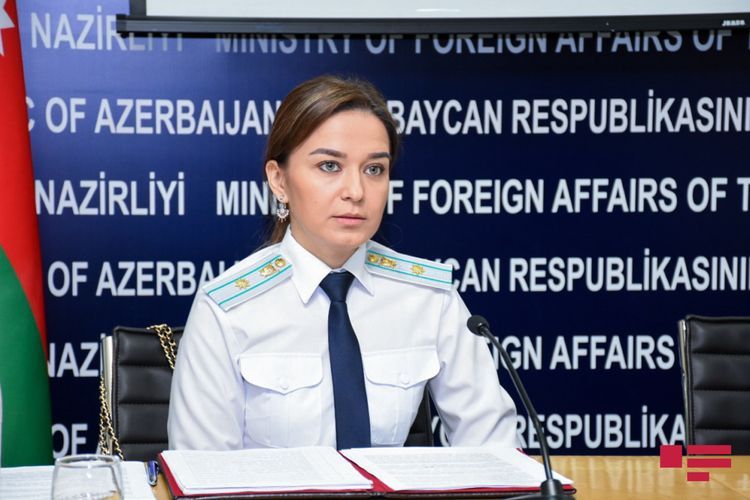 On September 27, the missile launched from weapons of the Armenian military units fell on territory of Naftalan region. As a result of explosion of the missile, the damage amounting to AZN 100 thousand was caused to the house. Based on those evidences, a criminal case has been launched in Goranboy region prosecutor’s office according to several clauses, said press secretary of the General Prosecutor’s Office Narmin Salimzade at the joint briefing held by the Ministry of Foreign Affairs and the General Prosecutor’s Office, APA reports.

She said, in addition, the criminal case has been launched in Agdam region prosecutor’s office regarding the case of death of one person from injuries sustained by him in the region of the head as a result of the fire opened by Armenians on the frontline villages of Agdam region: “The civilian population has also sustained bodily injuries of various degrees and has died as a result of fires opened by Armenians on Terter region. The criminal cases have also been initiated regarding those incidents in Terter region prosecutor’s office. Currently, all steps are being taken by the prosecutor’s office according to the battle condition. 5 criminal cases have been initiated on the basis of the indicated evidences”.