Global trade volume may plummet by one third this year, says Lavrov 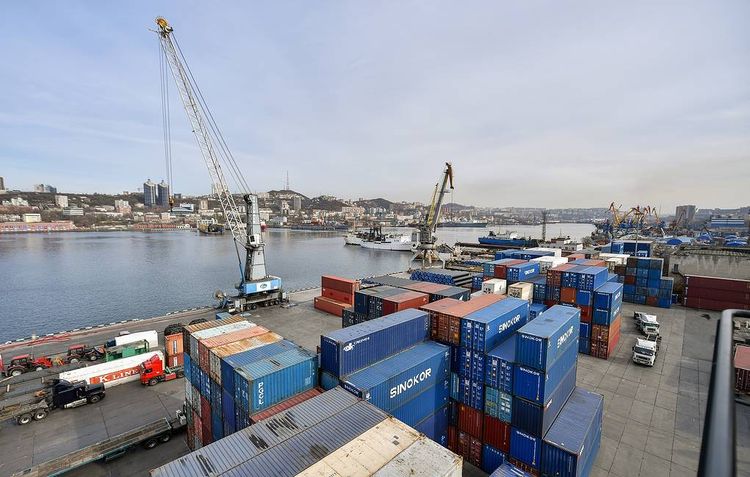 The volume of global trade may plummet by almost one third due to the pandemic, according to experts’ estimations, Russian Foreign Minister Sergey Lavrov said during the opening of the meeting of the foreign ministers of the Shanghai Cooperation Organization (SCO), APA reports citing TASS.

"The key task is to overcome the social and economic consequences of the pandemic. All our countries work on this task on a national level. According to estimations, before the end of this year, the global trade volume might plummet by 13% in an optimistic scenario and by over 30% in a pessimistic one," he stated.
According to the foreign minister, established supply chains, investment and financial exchanges are threatened. "All this might lead to worsening of people’s living conditions. Considering the scale of the negative effects, we believe that no one would be able to cope with them alone; negotiated, coordinated actions are required," Lavrov commented.

The top diplomat recalled that certain agreements had been achieved during the March 26 extraordinary meeting of the G20, which took place in the videoconference format, and that measures within other multilateral regional formats are also in the works.

"We believe that the SCO cannot stay aside from these processes. It would be good to consider how the potential of the Programme of Multilateral Trade and Economic Cooperation of the SCO Member States until 2035 could be tapped with maximum efficiency," he said.

The minister noted that this already existing program could be utilized in efforts to neutralize the social and economic fallout of the coronavirus infection.

"I mean those clauses of the program that deal with transport, infrastructure, agriculture and other industries. The task of speeding up transition to national currencies in mutual settlements is believed to be in high demand as well," the top diplomat added.