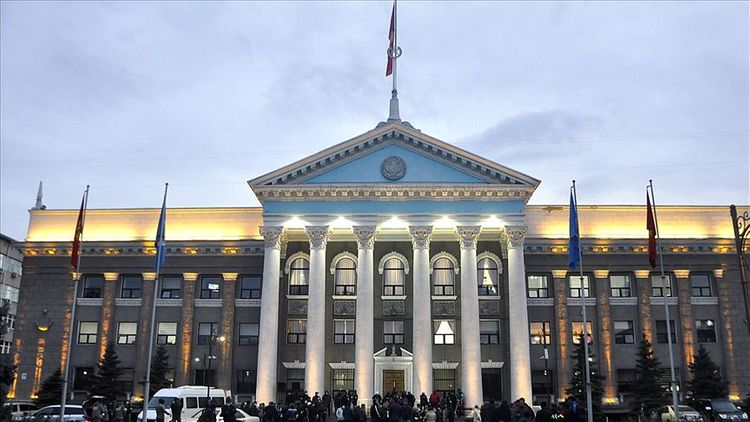 Addressing his supporters who had gathered in front of the Prime Minister's office, Zhaparov said Parliament Speaker Kanatbek Isayev had signed a resignation letter after the president stepped down.

"In the letter, Isayev said he is not ready to assume presidential power. As a result, according to the constitution, I assumed power," he said.

Earlier, Jeenbekov had said he would only step down after a new parliamentary election was held and a presidential election announced.

Unrest in the Central Asian nation over a disputed parliamentary election forced Prime Minister Kubatbek Boronov and Parliament Speaker Dastan Jumabekov to step down on Oct. 6.

Boronov was replaced by Zhaparov, who was released from prison by his supporters during protests over the Oct. 4 parliamentary election’s results.

They came after Kyrgyzstan’s election body on Oct. 5 announced the first official results of the elections, which were held the previous day to choose 120 new members of parliament.

Only four out of 16 parties had managed to pass the 7% threshold to enter parliament.

Supporters of other parties that failed to meet the 7% threshold announced their rejection of the results, claiming the electoral process was not fair.

During the protests, demonstrators stormed the parliament and other buildings, clashing with police and demanding fresh parliamentary polls over vote-rigging allegations.

In response, the country's election authority annulled the results.

The clashes between protesters and security forces left one person dead and 590 others injured.