Lavrov: "Russia ready to discuss its weapons with US in context of possible treaties" 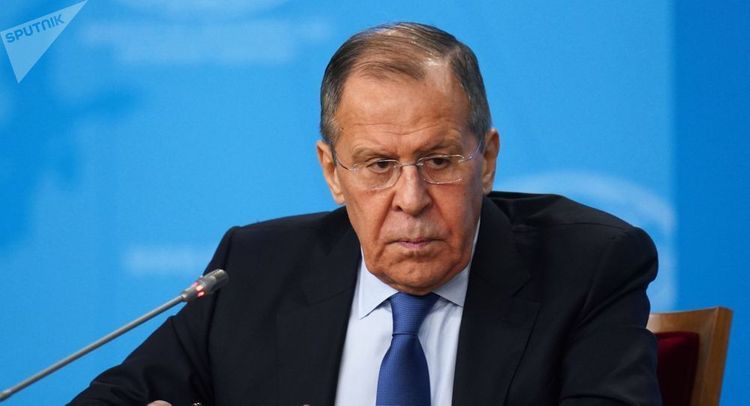 Moscow is ready to discuss its new weapons with Washington in context of new possible agreements and in consideration of all factors that influence the strategic stability, Russian Foreign Minister Sergey Lavrov said, APA reports citing TASS.

According to the top diplomat, Washington is interested in new Russian weapons.

"We have already mentioned that our military is ready to discuss some of these new weapons - at least the Avangard [hypersonic missile system] and Sarmat [intercontinental ballistic missile] - in context of the [New START] Treaty," the minister said. "[Other new Russian weapons] do not fit under the Treaty’s criteria, but we are ready to discuss other [weapons] too."

These weapons were developed because of dissolution of the 1972 Anti-Ballistic Missile Treaty, Lavrov noted.

"Today, several decades after the Treaty got terminated, any questions regarding new weapon systems must be discussed only within the context of all factors that influence the strategic stability," he underscored.

He expressed concerns regarding the US’s so-called Prompt Global Strike doctrine, which involves use of non-nuclear strategic weapons, and which has gained traction recently.

"It aims to reach any point of the Earth within one hour at most. Of course, it is a new destabilizing factor," Lavrov explained. "Other factors are Washington’s now official refusal to join the Comprehensive Nuclear-Test-Ban Treaty and its plans to bring weapons into space."

"Of course, we are ready to discuss our new weapons and new weapons of other nations, and do it in consideration of all factors that influence the global stability," the minister said. "If we are offered to limit our weapons while those who make this offer continue developing their own weapons without limitations, of course, this discussion would lead us nowhere."