Lukashenko reveals group that plotted to assassinate him taken in custody 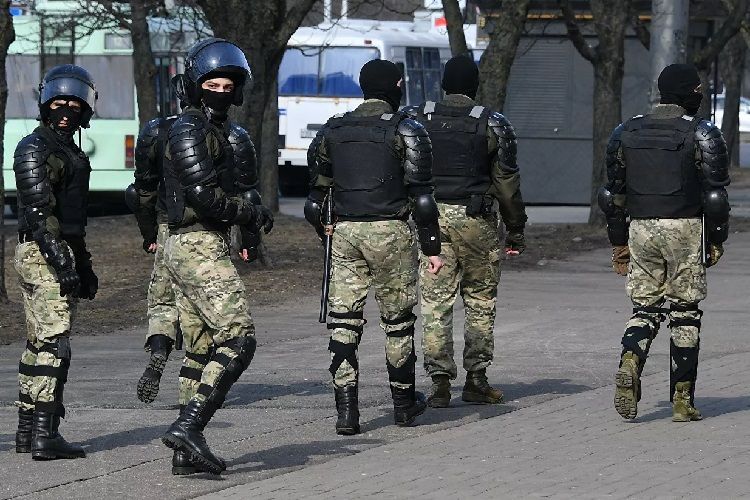 The arrest was carried out jointly with the Belarusian KGB (the Committee for State Security), the FSB said in a statement.

Yury Zyankovich and Alexander Feduta, organized a meeting in Moscow, where they described in detail the plan of the military coup, suggesting "physical elimination" of Lukashenko, seizure of radio and television centers, blocking law enforcement loyal to the current government in the capital of the republic Minsk, and organizing a complete shutdown of the Belarusian power system to complicate the actions of law enforcement, the statement said.

The coup was scheduled for May 9, and had to start from an assault by armed formations, "partisans," located "on the hidden bases," it noted.

In a separate statement, Lukashenko said a group planned to assassinate him and his children.

"We found the work of clearly foreign intelligence agencies. Most likely, the Central Intelligence Agency, the FBI, I don't know which of the Americans worked there," he said.

According to Lukashenko, the group included lawyer Zyankovich, who has double US-Belarusian citizenship, and political analyst Feduta.

Lukashenko said Zyankovich and Feduta were arrested at his request.

He said he believes that his assassination attempt was authorized by the highest US political leadership.

Lukashenko also noted that Russian President Vladimir Putin raised the issue of an attempt by US special services on the president of Belarus in a conversation with his American counterpart Joe Biden but did not receive an answer.

Belarusian President Alexander Lukashenko has informed about the detention of a group that was scheming an assassination attack on him and his children, and purportedly, had links to the US intelligence agencies, BelTA news agency wrote on its Telegram channel on Saturday citing the president, APA reports quoting TASS.

"We have detained a group, who have guided us and showed how they had been planning all that," the Belarusian leader said. "Then we exposed operation of evidently foreign intelligence services. Most likely, the Central Intelligence Agency, the FBI, I do not know which Americans were working there."

"We monitored them, and found out they were willing to return to Minsk and to get into organizing the assassinations of the president and the children," Lukashenko added.