Maria Zakharova: "Lavrov's talks with Pompeo and Trump were pragmatic and constructive" 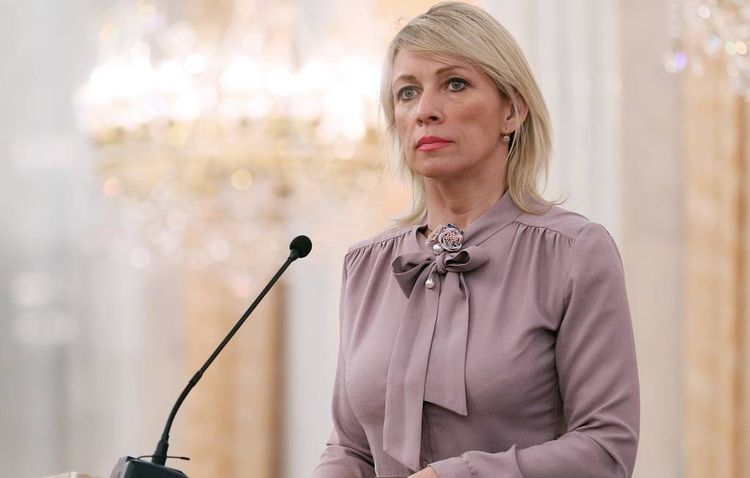 "They discussed very specific topics on which we have already established dialogue — Syria, Afghanistan, and so on. Those are issues on which progress needs to be mode, and movement should only be forward, not backward or sideways — issues of security, disarmament, strategic stability and so on. That's why it was a very pragmatic and constructive dialogue," Zakharova said.

On December 10, Russian Foreign Minister Sergey Lavrov made an official visit to the United States. He met with US Secretary of State Michael Pompeo and with US President Donald Trump.

"This topic was in fact discussed on the request of US colleagues, which is predictable, since Sergey Viktorovich Lavrov arrived in Washington directly from Paris, where the events in the Normandy format took place," Zakharova said. "They [the US] were interested in what is going on with such a relevant issue," she added. "Thir interest was lively, and in general, they had an opportunity to hear the first-hand account," she noted.

Zakharova also said that the Ukrainian delegation has definitely changed its tone at the talks in the Normandy format. "We can meet with them or not meet with them, we can just assess their public statements and their actions," Zakharova said. "What changed in principle was not only their tone, as it seems to me, but their approach in general — I can say this without any doubt," she added. "I think that only blind person will not see it, and only a deaf person will not hear it," she noted.

Ukrainian negotiators "started operating some legal terms and moving along the route of considering the interests of different groups," she said. "Maybe there is no opportunity to implement everything that needs to be implemented now, but the fact that it is highly realistic is certain," she concluded.