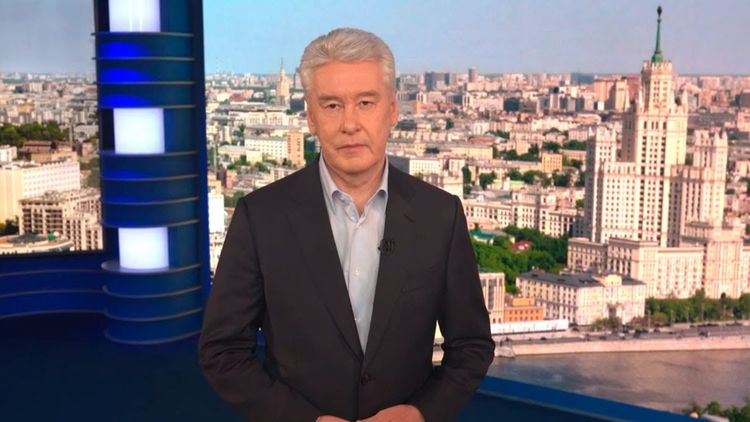 Moscow Mayor Sergei Sobyanin believes that the current coronavirus situation in the Russian capital is positive. According to him, the newly confirmed infections have almost halved lately, APA reports citing TASS.

"In Moscow, the coronavirus situation is rather positive: we see that 2,500-3,000 infections <…> are detected, while 50,000 polymerase chain reaction tests are conducted. This is a lot, but the level last month was us detecting 6,000 infections at the peak. Therefore, the level of detected infections halved," Sobyanin said.

He lauded it as an important benchmark. The mayor recalled that Moscow is also carrying out CT scans which is a large-scale program to detect the virus.

According to Sobyanin, the number of pneumonia patients is also going down, showing a positive dynamic. "Our hospitals are also admitting fewer and fewer patients," he added.

Sobyanin noted that the results of the first stage of program to screen population for immunity to the coronavirus infection will be drawn on Friday.

"I think that infection specialists, scientists and doctors will take stock of the first stage of this screening," he said.

Sobyanin pointed out that thanks to the screening program, people in the active phase of the disease can be registered apart from those who already had the virus. "They are being dealt with now: they get retested and have medicine prescribed if there are disease symptoms and so on," he added.

On May 15, Moscow declared a large-scale and free program to test Muscovites for coronavirus antibodies. Up to 70,000 people will be invited to get tested every couple of days.

On March 11, 2020, the WHO declared the coronavirus outbreak a pandemic. According to the latest statistics, over 5,101,500 people have been infected worldwide and more than 329,900 deaths have been reported. In addition, so far, over 2,000,000 individuals have recovered from the illness across the globe.

To date, a total of 317,554 coronavirus cases have been confirmed in Russia, with 92,681 patients having recovered from the disease. Russia’s latest data indicates 3,099 fatalities nationwide. Earlier, the Russian government set up an Internet hotline to keep the public updated on the coronavirus situation.