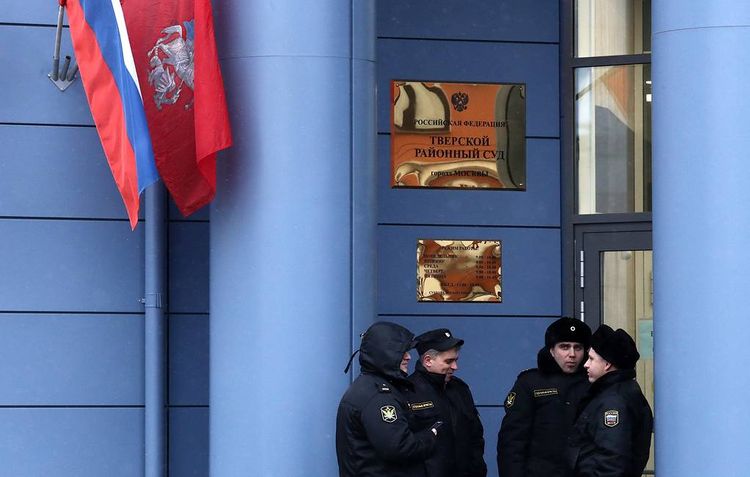 Moscow’s Tverskoy District Court on Monday sentenced participant in the July 27 unauthorized protest Eduard Malyshevsky who broke the glass in a police van after his detention, which fell on a law enforcement officer, to three years in prison, a TASS correspondent reported from the courtroom, APA reports.

The defendant was found guilty under Part 1 of Section 318 of Russia’s Criminal Code (use of violence against a law enforcement officer, which poses no threat to his life and health).

The prosecutor requested that the defendant be sentenced to 3.5 years behind bars.