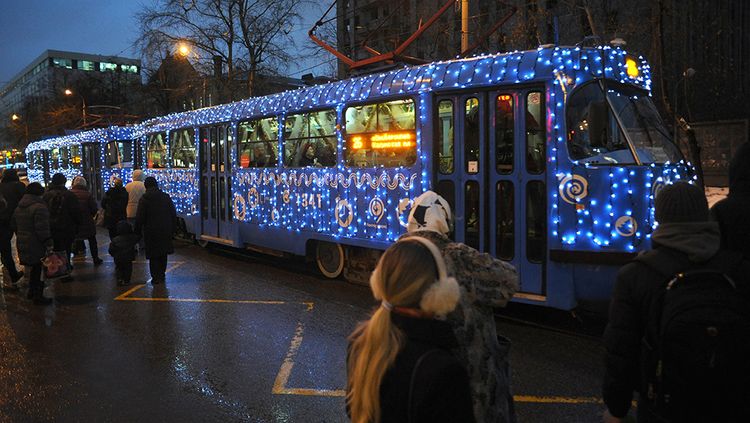 "During New Year, the overland transport, metro and the Moscow Central Circle will be functioning all night. From 20:00 December 31 until 06:00 January 1, admission is free of charge. Street parking will also be free of charge from January 1 to January 8, except for the parking lots with barriers, which will charge clients in accordance with existing rates," the mayor wrote on his VK page.

Sobyanin also recommended Moscow residents to track the changes in traffic during winter holidays on the following website: https://i.transport.mos.ru/ny2020. "Here, you can check which streets have been closed for the holidays and choose the best route," he noted.

The press service of the Moscow Cable Car informed that Moscow residents and visitors can use their services during extended working hours on holidays.

Deputy Head of the Moscow Department of Trade and Services Alexander Ivanov informed earlier that from December 31 to January 5, traffic on Tverskaya and Mokhovaya streets in downtown Moscow would be suspended due to mass celebratory events.