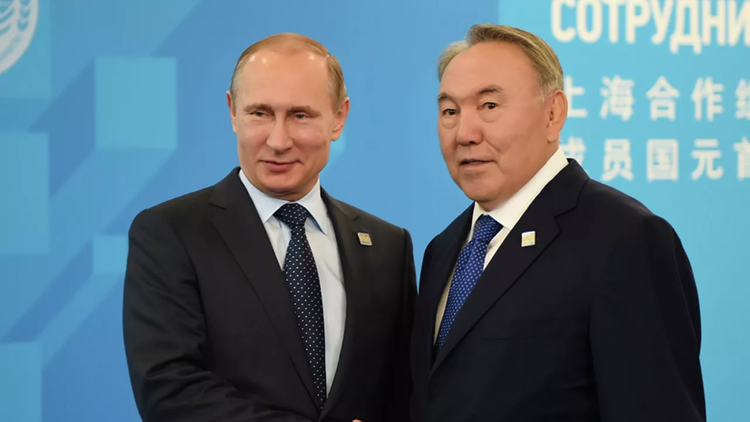 Kazakhstan’s first President Nursultan Nazarbayev has had a phone call with Russian President Vladimir Putin with whom he discussed the results of the Russian-Turkish negotiations on the situation in Syria, Nazarbayev’s press service stated on Saturday, APA reports citing TASS.

"The interlocutors exchanged views on pressing bilateral and international issues, including the results of the recent Russian-Turkish top-level negotiations on the Syrian settlement process, during which the important role of the Astana process was reaffirmed," the press service said.

Nursultan Nazarbayev and Vladimir Putin also discussed the schedule of upcoming meetings. "At the end of the conversation, the parties noted with satisfaction the high intensity of Kazakhstani-Russian political contacts this year," it added.

Putin and Nazarbayev met in Moscow in early September. They discussed partnership between Russia and Kazakhstan, pressing regional and global issues. The incumbent Russian president and the first president of Kazakhstan often talk over the phone as well.