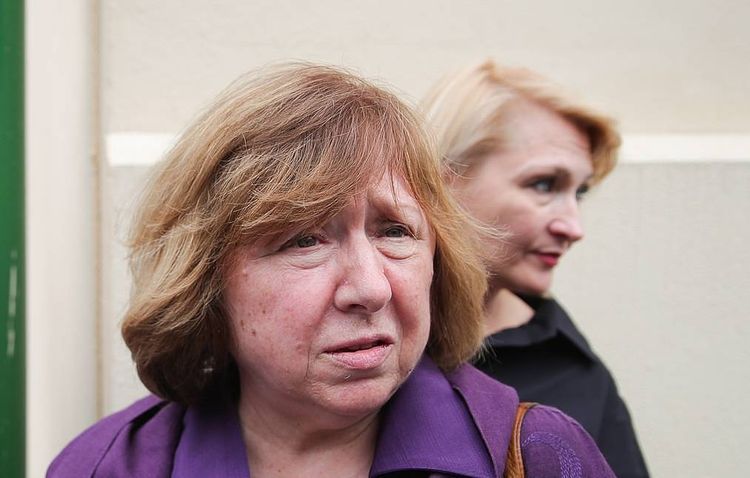 Winner of the Nobel Prize in literature, member of the presidium of the Coordination Council of the Belarusian opposition Svetlana Alexievich appealed to the UN asking to send a monitoring mission to the republic, APA reports citing Reuters.

This is the subject of an article she coauthored with chairperson of the Belarusian Association of Journalists Andrey Bastunets and Director General of the international Reporters Without Borders organization Christophe Deloire which was published on Thursday by the French Le Monde daily.

"We are urging the UN General Assembly to send a monitoring mission to witness the repressions against journalists," the article pointed out. Its authors also urged the Organization for Security and Cooperation in Europe "to include freedom of the press on the list of priority subjects within the framework of the proposal on mediation in the crisis settlement."

The presidential election in Belarus was held on August 9. According to the final results of the Central Election Committee, incumbent president of Belarus Alexander Lukashenko got 80.1% of the vote. Svetlana Tikhanovskaya who was considered his main opponent, was second with 10.12%, she refused to recognize the election results. Immediately after exit poll results were announced, mass protest rallies erupted in the country which in the early days were accompanied by clashes between protesters and law enforcement forces. The Coordination Council of the opposition created in the republic is urging to continue the protests. The authorities state the necessity to stop the unauthorized rallies.